Lotus kicked of their 2023 winter tour on 1/21/23 and the horizons for this tour and beyond are soaring. The energy entering Union Transfer in Philadelphia was electric heightened by the Philly faithful out to enjoy a hometown show even as the Eagles prepared to continue a playoff run against rival NY Giants. Yes, the Eagles won and as a Giants fan, I was not fazed by this blow-out, thanks to having my mind blown by such an energetic effort by the hometown favorite band. Echoes of fly Eagles fly filled the air as Lotus struck fast with a first set that features some known bangers with a slow hypnotical journey through the precision that is Lotus’s technique and structure.

I recently spoke to Mike Greenfield about the addition of guitarist, Tim Palmieri, and as set 1 took lift off, Tim’s smile and the early exchanges of all the musicians on stage was the real prize. The music tapestry that the band wove from 1st notes shown bright, and the heart on Tim’s new hat mirrored the love felt by the band for their passionate performances and the love that wove the crowd together with this incredible night of music. All the hard work adding Tim to the band rooted an incredible exchange of melody and all I could think about was this is just night 1 of a 4–5-week tour! Mike Greenfield had told me that this was also the first time since Tim’s addition they would be playing nightly shows for an extended period of time. I can only imagine where this time will take Lotus and the inner glow I felt throughout the 1st set magnified exponentially through the large grin on my face.

2nd set was no exception, Lotus again launched at a super-sonic pace delivering a set that was essentially an endless segue-way of songs and rhythm. Adding to the enjoyment was the musical back-to-back of brothers, Luke and Jesse Miller. Luke and Jesse are the leaders of Lotus as their enjoyment for their musical creation serves as a magnetic force behind Lotus’ appeal. 2nd set was no different, but this enjoyment was increased further by the musical dialogue that was Lotus’s frontline made up of Luke, Jesse, and now Tim! 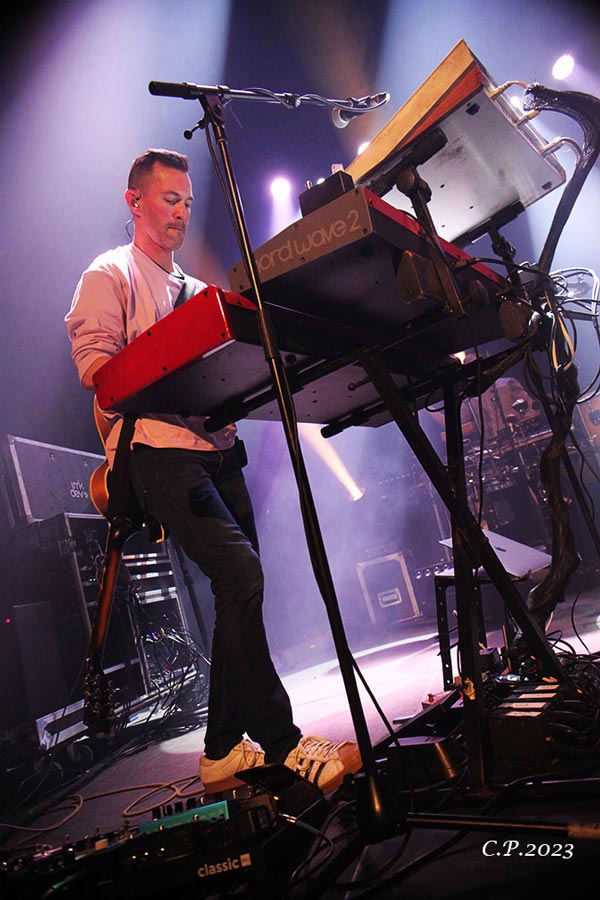 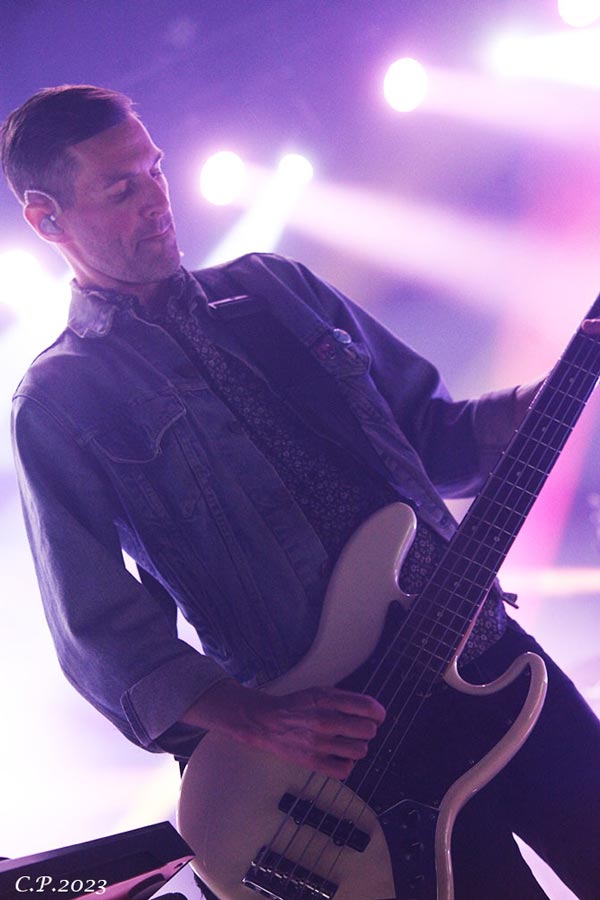 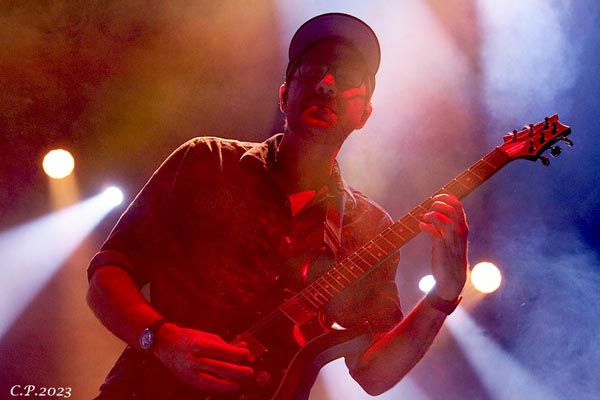 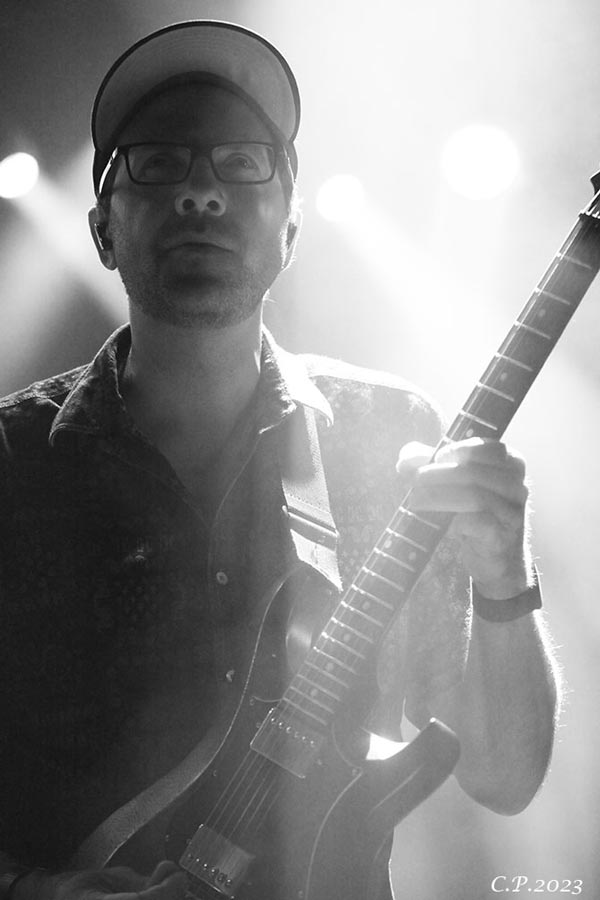 This was the 1st Lotus show I have seen in over 20 years that Luke crossed the stage, guitar in hand to bask in the currents that he and Tim were now creating together. This was also the 1st Lotus set I have seen that featured Luke on his guitar primarily (he also plays synth and keys), a metaphor to me of the limitless possibility and joy the addition of Tim brings. The backline of course would not be outshined, and Mike Greenfield and percussionist Chuck Morris’ crescendo was a power packed drum solo/duet during the show’s encore, Shimmer.

The icing on the cake for tonight too, was the mesmerizing light show by lighting director, Scott Houston. It seemed as if the renewed tour meant bigger and brighter, combined with demonstrated harmony and symmetry with the energy on-stage and in the crowd for the lights. He even peppered in some green and white specifically for the home team birds. 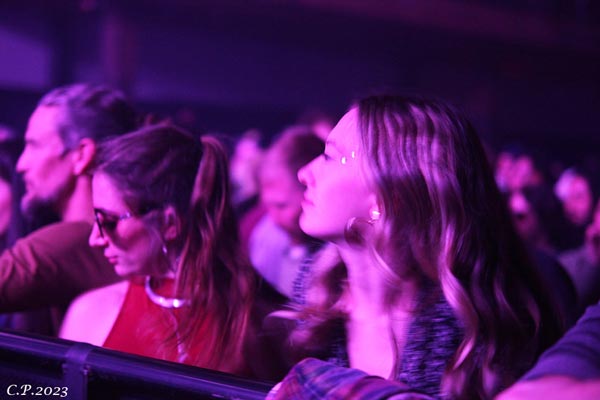 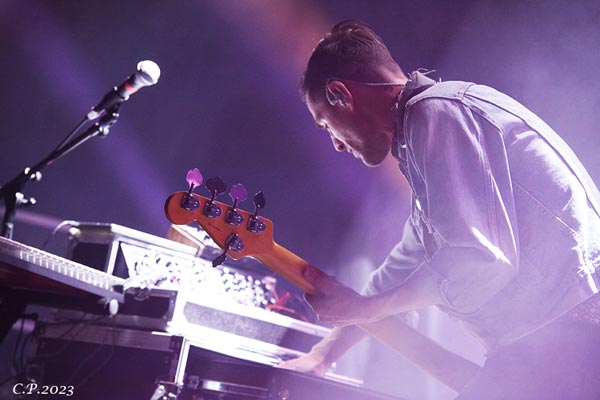 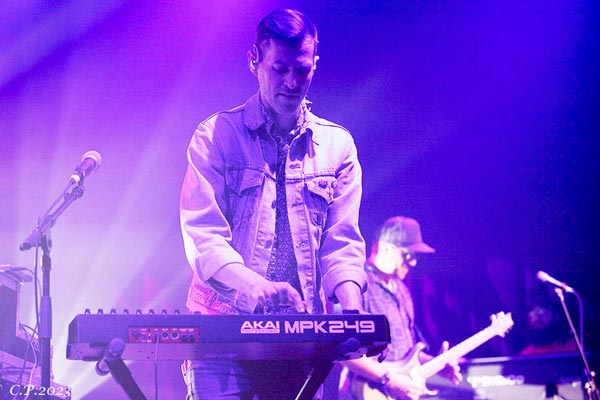 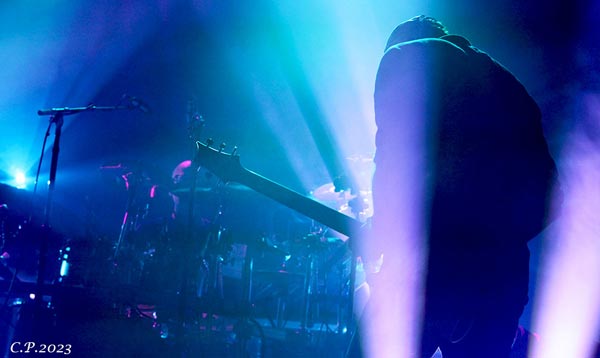 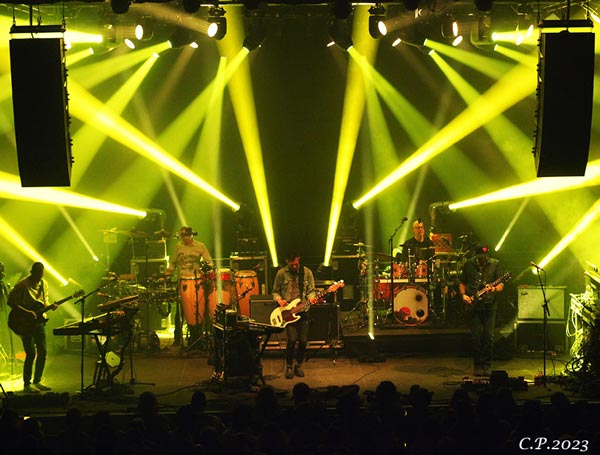 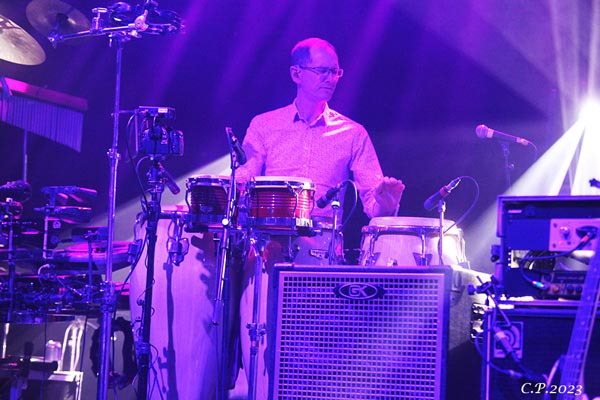 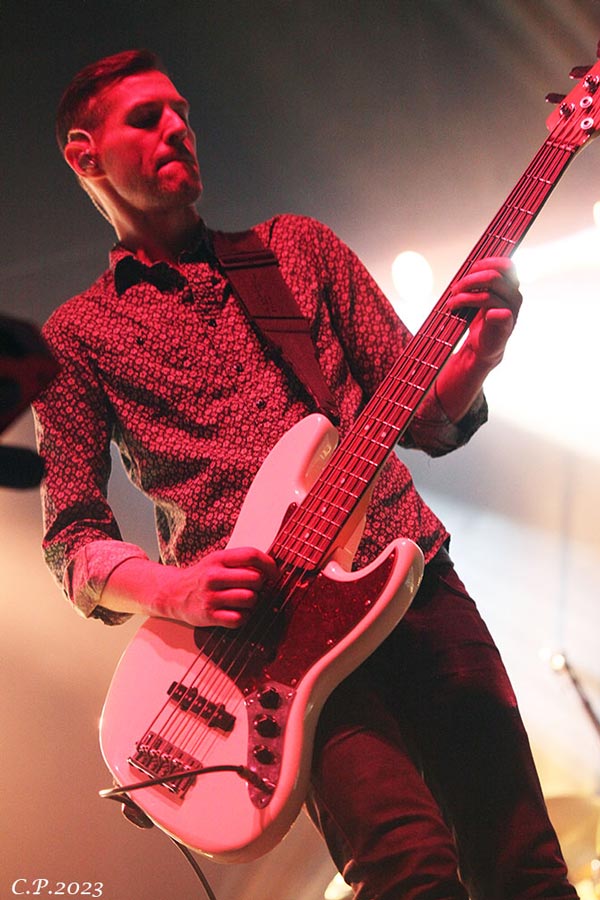 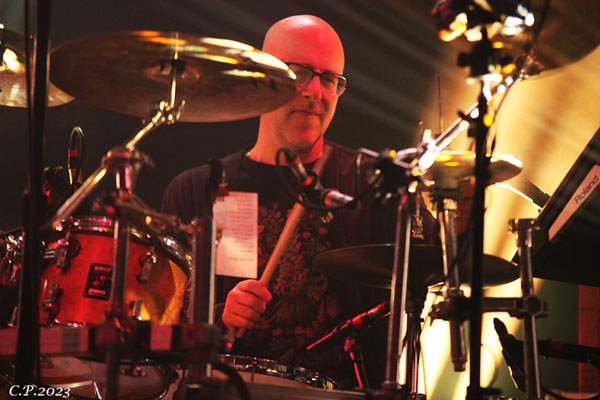 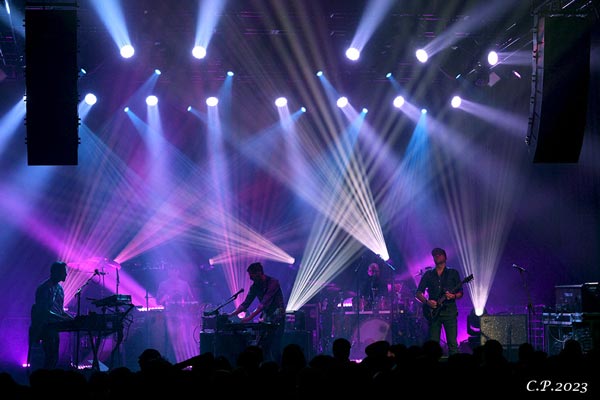 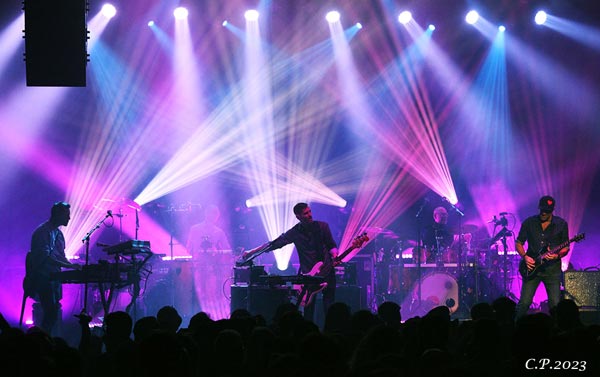 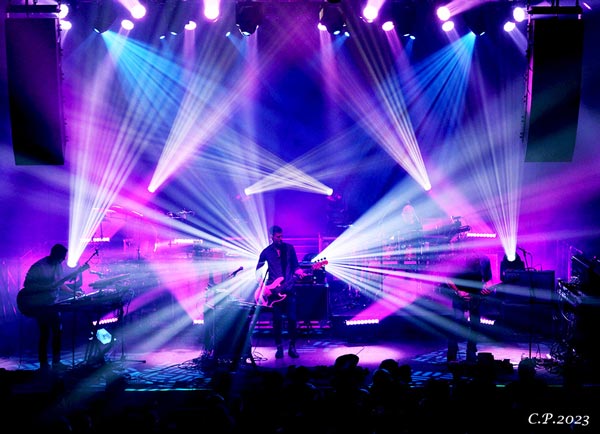 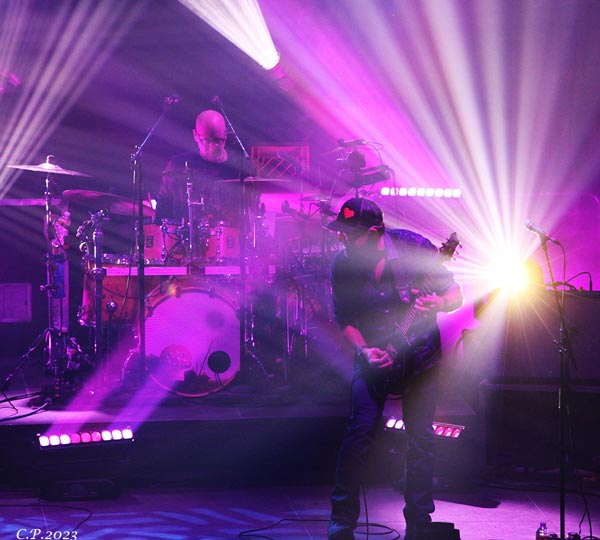 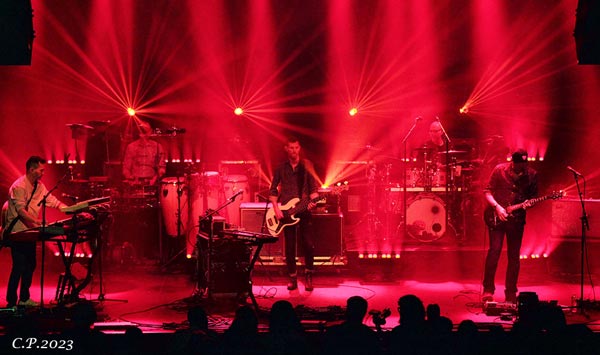 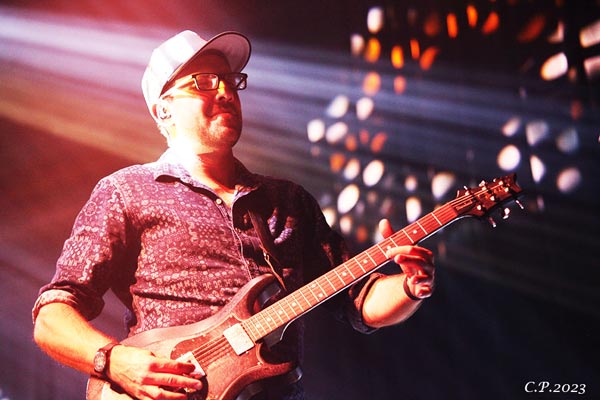 More information about 2023 winter tour and Lotus available at https://lotusvibes.com/