Jason Didner to Release “Side Effects” in February 2023 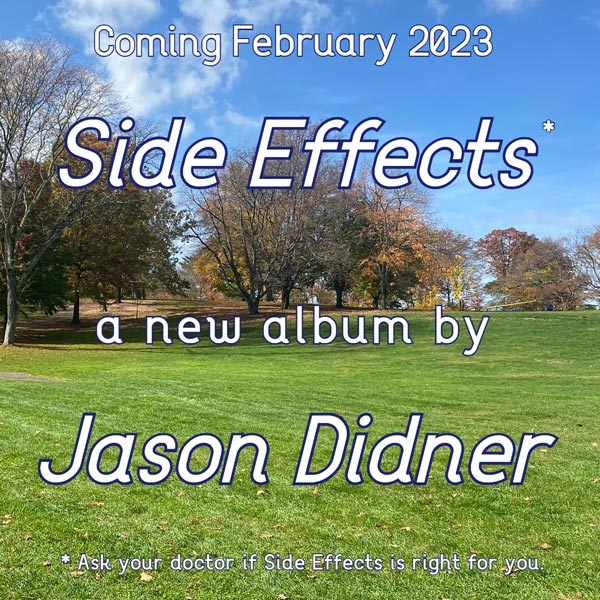 Lately, rock singer-songwriter Jason Didner has grown prolific in his songwriting and recording output. Since the COVID-19 pandemic, this artist has released a full-length album and a career-spanning compilation. He has also released six singles and contributed two tracks to charitable albums.

On Friday, February 3, audiences everywhere will have a new way to enjoy this abundant flow of music. Jason has scheduled the launch of his next album “Side Effects,” which will contain those six already-released singles and more, all relating to a common theme, the message that “you can live with the side effects of love,” to quote a lyric from the album’s title track. 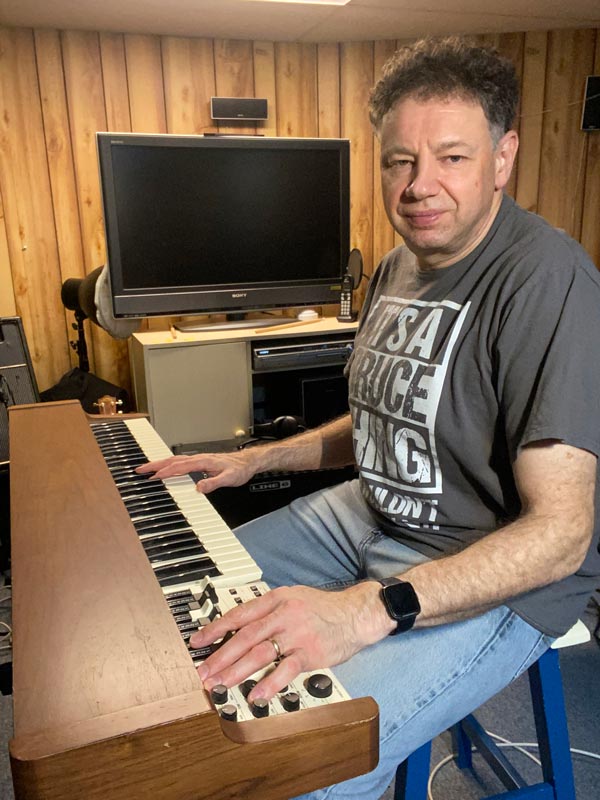 “The good things in life have unintended consequences that we can deal with if we’re mindful,” Jason offered. “Even the painful things we go through have a helpful, instructive quality to them – a positive side effect, if you will. This collection of songs explores life’s pros and cons.”

As with past efforts, Jason collaborated on some of the lyrics with those with whom he shares a wealth of life experience: his wife Amy and his mother Linda. He also drew from songs written throughout his career. Amy had written the complete lyrics to “Molasses Blues” during her decades-long struggle with Type 1 diabetes. This illness has since been sent into remission with a pancreas transplant. Though Linda has co-written songs with Jason as gifts for family members, “When the Time Came” marks their first co-write for a track to be released publicly.

This musician’s track record for varying musical styles on an album continues with “Side Effects.”. You will hear the straight-ahead hard rock of “Another Plot Twist,” inspired by Van Halen, The Who and Ozzy Osborne. On the title track, piano-driven pop rock takes center stage, influenced by Elvis Costello. “Patient Portal” combines synth pop with a ska beat. “Molasses Blues” brings a raw Chicago blues style front and center. Jason sang all the parts and played all the instruments on all the album’s tracks.

This artist is known for humorous lyrics, as he penned for his signature tune, “You Can’t Get There from Here in Jersey” and for his more heartfelt, introspective side on display with his previous album “Salt and Sand: Rock Songs to Heal the Mind.” On this album, he’s brought both sides to bear. “Patient Portal” delivers a comic gripe session about filling out medical forms online, something that Jason says he and Amy have way too much experience with. The title track, “Side Effects,” strikes the balance, poking fun at the disclaimers of pharmaceutical ads while also relating to the listener about the way it feels to be in love.

“For this album I recognized that some songs I’d written early on in my career help tell this story,” Jason added. “’Give Up the Ghost’ is one of my first real singer/songwriter pieces from 1993 when I bought my first steel-string acoustic. Similarly, ‘This Man’s Eyes’ is a love song I wrote for Amy when we were dating. In the context of the album, it sets the stage for what a relationship can go through in learning that the side effects are part of the balance.”

“Side Effects” will be available for download and streaming on Bandcamp, Apple Music, Spotify, Amazon, YouTube and all other streaming services. Jason plans to give an in-person album launch concert in the Montclair area and a virtual launch concert.

Music fans who’d like to get updates and hear album tracks before they’re released can sign up to receive emails from the artist at https://jasondidner.com