Ferocious Designs Releases "You and Me Against the World" 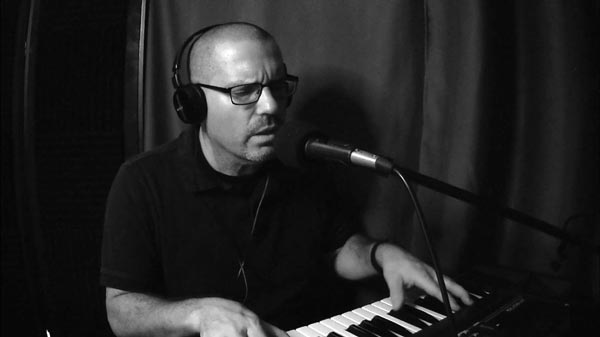 Ferocious Designs, the music project of central New Jersey-based songwriter Brian Kelley, has released an updated version of  “You and Me Against the World” as a single. The track is available for download/streaming at FerociousDesigns.com.

"I started writing 'You and Me Against the World' at the very end of 2018 and recorded an early version of it by early 2019," said Kelley. "Musically, it was influenced by the band Lo Moon — I am a huge fan of theirs. Lyrically, it was originally inspired by an article I read about the November 2018 Camp Fire in Paradise, Calif., and how poor emergency and city planning plus a lack of preparedness doomed so many in that town.

The song originally appeared on last year's A Matter of Time EP, but the new version with freshly recorded vocals and other changes was produced for the upcoming album, Looking for the Light, which will mark the first full-length release from the music project.

“Unfortunately, due to a series of weird injuries and ailments to myself, plus a family medical emergency during the summer of 2022, my time to work on the album evaporated,” said Kelley. “As a result, the release of Looking for the Light won’t be until early 2023 — hopefully no later than March.”

An updated version of the original music video for "You and Me Against the World" features the updated mix and some light visual edits. Stock video footage is courtesy of Videezy.com.

Ferocious Designs is the DIY music project of central New Jersey-based songwriter Brian Kelley. Although he has spent most of the past 30-plus years as a songwriting hobbyist, Kelley is not a complete stranger to the New Jersey music scene. He is a longtime collaborator with singer-songwriter Christian Beach, spending time with him during the late 1980s and early 90s in a band that played the much-loved and long-gone Green Parrot Rock Club in Neptune, NJ, multiple times. Kelley has played keyboards, accordion and percussion in Beach's backing band since 2007, and has recorded with him as well. The project name is borrowed from the lyrics of “Cover My Eyes (Pain and Heaven)” by Marillion. The debut, five-song EP from Ferocious Designs, A Matter of Time, was released on July 16, 2021. That same day, the project’s debut single, “Lay It on the Line,” was named Makin Waves Song of the Week by longtime New Jersey music journalist Bob Makin.