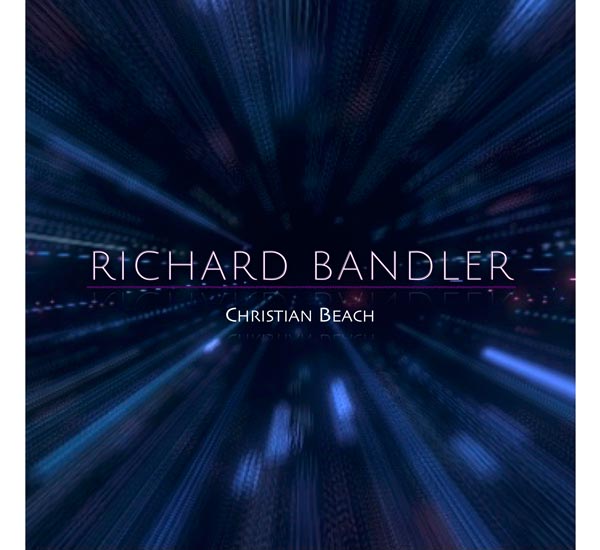 Christian Beach, a longtime fixture of the New Jersey music scene, has released “Richard Bandler,” the first single from a 4-song EP he plans to release in the near-future. “Richard Bandler” is available for streaming or download at ChristianBeach.net.

“This song has been rattling in my head for quite awhile, but I wasn’t sure how to execute it,” said Beach. “But then I recently watched a documentary on 1970s minimalist electro-punk band Suicide, and there was something in the cold, repetitive nature in their sound that possessed a certain mystery to me.

“Their music greatly influenced Bruce Springsteen’s Nebraska album, so I felt that I had a sonic palette to work with,” added Beach.

All of the sonic textures were created from scratch on Beach’s Behringer Model D monophonic synth. An old tape echo device was used for “some honest 1950s-style slap-back echo.”

“As for the lyrical content,” said Beach, “I will leave that open for interpretation and investigation.”

The track concludes with Beach reading a quote from psychologist Milton H. Erickson.

Christian Beach is a New Jersey-based singer-songwriter who has been part of the tri-state-area music scene since the late 1980s. As the driving force behind several bands (Slave of Id, Artists That Kill, Ton of Bricks) from the early 1990s through early 2000s, he played some of New Jersey’s legendary clubs like the Green Parrot, The Stone Pony, The Brighton Bar, and The Fast Lane. In 2005, Beach spent time playing keyboards and guitar for Michael Ferentino’s (Love In Reverse, Dog) band Transfusion M, appearing on its lone 2005 album and accompanying the group for a leg of the 2006 Vans Warped Tour. Upon his return from the road, Beach branched out on his own as a singer-songwriter inspired by American roots and folk music, and heavily influenced by Bob Dylan, Hank Williams Sr., The Band, and more contemporary artists like Jeff Tweedy. Beach’s first solo album, Christian Beach, was released in 2009. Music journalist Gary Wien ranked it as one of the top 100 albums by New Jersey artists between 2001 and 2010, with its lead track “Open Spaces” in the No. 77 slot among the top 100 songs by New Jersey artists in that same span. In 2020, Beach released a six-song EP, DoubleLife, which was followed by the release of Basement Noise, a collection of remixed, previously unreleased tracks released on January 1, 2021.