Catching up with Danny White 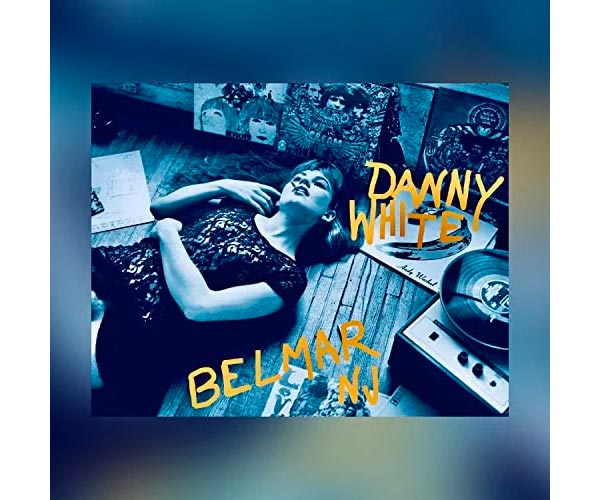 Danny White is a name you may not have heard of much lately.  The singer-songwriter opened Beach Music Studios 18 years ago and has primarily been involved with the business and raising a family, but he’s just released Belmar, NJ - his first album of new music in nearly a decade.

Named after the town he lives in and where he’s placed his business, Belmar, NJ has 12 tracks that can be heard online at places like Spotify, Amazon Music, and YouTube.

“I worked with CJ Eiriksson (U2, Phish, Incubus) again who has mixed most of my songs for about the last decade,” said Danny White. “As well as Hector Gundlach (who has done work for Jay Z's Roc Nation & a Belmar guy) and Steve Jankowski at Jankland Studios. Recorded with longtime bandmates Micheal Askin (guitar/harmonies), Drew Clelland (bass), Jack Pyrah (Keys), Andrea Valentini (Drums) and Nick Valen.”

You can catch Danny White and his band on May 22nd as they open the new Jack’s by the Tracks bar (10th Avenue in Belmar) with a special happy hour show from 4:00pm to 7:00pm.

In recent years, White has had songs played at sporting events and featured in shows like Netflix's House Of Cards.  When asked if he misses touring, he notes that times have changed, but he has great memories from the road.

“Miss the touring and playing a bunch of different towns/cities greatly, but I did it ya know,” he said. “Also the idea of that has changed so drastically in the last decade. Many of the great clubs/venues have closed or changed. All the memories are good ones. Even the challenging moments (which were of course many haha) but a lot was learned from them as well.”

“(There were) so many great moments on stage, every moment honestly cause you never know when it will be the last,” continued White. “Being personally asked by Bruce (Springsteen) to come up and jam with him on the Stone Pony stage is certainly a top one, and all the times playing with him after that as well. Playing the PNC Bank Arts Center or the 9:30 Club in DC but we’ve also had some amazing nights playing The Belmar Fishing Club or Flames in Belmar - a great show and good time playing can happen anywhere in any size venue. Also things that have happened off the stage like recording/working with people who have made some of my fav records Shelly Yakus, that was an amazing time. We recorded a few songs together ‘Small Tattoos’ being one, I mean this guy engineered John Lennon's ‘Imagine’ and he's asking me if I like the sound of the piano. Never mind great Tom Petty hits, Music From Big Pink, Don Henley, etc, etc. Recording my songs at John Mellencamp's studio in Indiana with his band, standing under the stage at a U2 show with CJ watching him work the show's sound all these moments just from my dad taking me to get a guitar when Im 12 ya know. Amazing.”

Looking back at his song catalog, he thinks “Maybe We’ll Be Fine” is one of the songs most appreciated by people, but says several on the new album (songs like “Always, Only” and “On My Way”) are among his best.  He remembers writing “Alright After All” - a song that only took roughly 20 minutes to write.

“(It) came outta nowhere and I feel the lyric has a timeless feel,” said White.  “I played it for Mike Wanchic (John Mellencamp's guitarist/co-producer) one day and he said right after ‘well, that's as good as a Dylan tune or any songwriters song’ - so I'll take that.”

As for the business, Beach Music Studios (808 Belmar Plaza) currently has 12 teachers on staff and teaches everyone from beginners to advanced musicians of all ages.  White notes that he has former students playing in area bands and, earlier this year one student (Cole Hallman) performed on American Idol. The Beach Music Studios Rock Band performs each year at venues like The Stone Pony, The Saint, and on the Belmar Boardwalk. On Sunday, May 1st they performed at Beach Haus Brewery in Belmar.

“Watching the students perform at our numerous yearly concerts are the most exciting times,” said White.

In addition to instruction, Beach Music Studios also offers a rehearsal room that is described as a large, clean space which is fully equipped with a drum kit, bass rig, P.A., mics, amps, and an amp cabinet.  Rehearsal space and recording time is by appointment on an hourly rate.  Some of the musicians to rehearse there over the years include La Bamba’s band, Holme, Bad Apples, and Pat Roddy.

White still teaches a few days a week and has some longtime students.  He like to keep in contact with the kids and their families as well.

Looking back on nearly twenty years with the business and teaching students gives him an interesting perspective.

“It’s amazing how fast the time has gone and to see all the changes Belmar has undergone over the time,” explained White. “So many new business booming, more year round families, and, of course the changes in all the kids/students who make Beach Music all it is. To see an 8 year old begin their musical journey and then come back when they are 23 and finished college is something else. I feel Beach Music Studios has had a positive impact in the community and with the kids in Belmar and the surrounding areas, I hope so at least. I’m proud of the work we've done with the Beach Music Scholarship which provides a year of free lessons and a new instrument for Belmar kids who meet the requirements.”

His family now includes two kids who both love music and might follow in the family business.  Danny thinks their reactions to his own music are favorable, but he’s not sure they understand it’s him singing on the records. For all of his other fans, we’re just glad to see him releasing new music again.