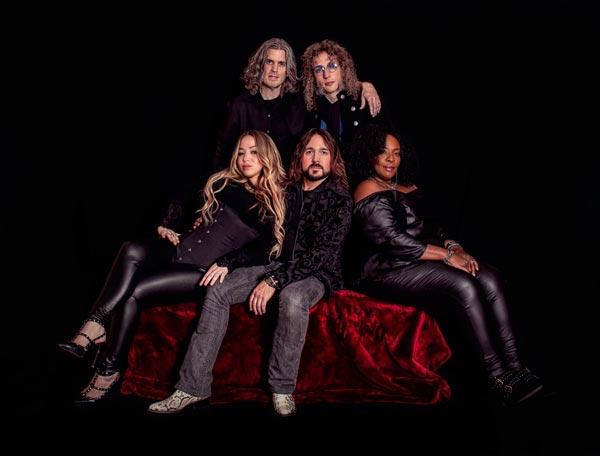 Matt O’Ree will celebrate the release of “Hand in Glove,” their first studio album in seven years, on Nov. 3 at Grunin Center for the Arts in Toms River. Their recent single, “Whole Lotta Nothin,” is the Makin Waves Song of the Week. PHOTO BY ESTELLE MASSRY | COUCOU PHOTOGRAPHY

Has it really been seven years since Matt O’Ree’s last studio album?!

Well, fans need not wait any longer but rather celebrate the release of “Hand in Glove” on Nov. 3 at the awesome Grunin Center of the Arts in Toms River. Two singles have preceded the LP, including “Whole Lotta Nothin,” the Makin Waves Song of the Week.

As the Makin Waves Song of the Week, “Whole Lotta Nothin” also can be heard between 6 and 8 p.m. on Oct. 28 on “Radio Jersey” at ThePenguinRocks.com. If you miss it, you also can tune in any time in the archives at The Penguin or MixCloud.

Matt has been one of the on-again, off-again touring guitarists in Bon Jovi since 2015, which is right around when MOB released their last album, "Brotherhood,” featuring special guests Bruce Springsteen, who sang and played lead guitar on the first single, "Black Boots,” as well as Blues Traveler’s John Popper and Bon Jovi’s David Bryan, both of whom contributed to the LP’s songwriting.

A Gibson-endorsed guitar great, Matt said “Whole Lotta Nothin” marks the beginning of a new journey for the band, which features his wife, Eryn, on vocals; Lorraine Holmes also on vocals, John Hummel on drums, and Lex Lehman on bass.

“It talks about the rock ‘n’ roll love story between Eryn and me, which really sets up the rest of the songs,” he said. “We took a different approach when we began the writing process for this album, and feel that this is the beginning of the story. So, crank it up!”

While “Brothers” was a star-studded affair, “Hand in Glove” is a full collaboration between each of the band members, and is finally a full-force partnership between the Jersey Shore musical power couple, who, for the increasing less unfamiliar, will appeal to fans of Warren Haynes and Grace Potter.

The LP also is represented with the more recent video, “Better as I Go,” featuring a lead vocal by Eryn.

“This is a song that I feel everyone can relate to at some point in their lives,” said Eryn, an accomplished solo artist and the youngest inductee in the New York/New Jersey Blues Hall of Fame. “It’s about accepting yourself and all your flaws as we grow older. We may have more wrinkles or not be as thin as we used to be, but all of that marks the life we have lived and makes us who we are today. Because we don’t get old, we get better."

About the album, Matt added, “We wanted to write something that completely comes from our hearts as artists, and we are very proud of the work we’ve done on this. We are extremely excited for you to hear it!”

In addition to Grunin Center, the local MOB mob can hear the album live on Dec. 30 at Hopewell Theater. Book ending those dates will more jaunts to Florida for the band.

Find out more at www.mattoreeband.com.