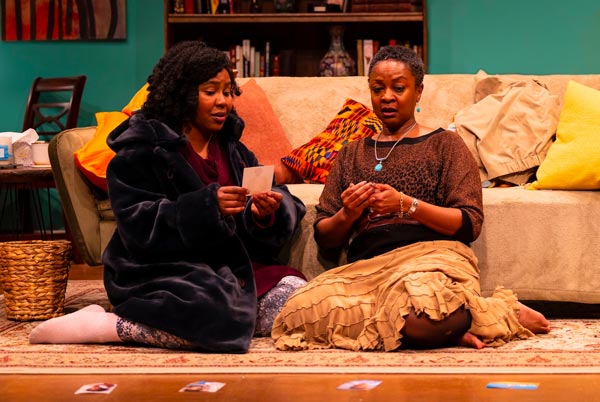 The multilayers of family are vibrantly on display in George Street Playhouse’s production of playwright Mfoniso Udofia’s “Her Portmanteau.”  The dynamics, relationships, language and slights linger after the houselights rise.

It’s a cannily written, beautifully set, drama that touches many issues.  Udofia upends preconceptions and expectations with a deeply felt perspective on parent and sibling relationships immigration, communication, social media perceptions of lives and identities of people split between the American melting pot and Nigeria.  She has a deft way with language that in the hands of skilled actors elicits audible reactions.

Set designer Shoko Kambara expertly creates a detailed bi-level visual for the audience.  Atop is John F. Kennedy Airport Terminal Five arrivals with a bank of payphones, an elevator, and chairs.  Below is a New York City apartment richly appointed with brick, artwork, many pillowed couch and small kitchen.  It is the perfect set up for a family with tensions set to boil over.  Cheyenne Sykes lighting warms the proceedings nicely.

There’s no apt way to describe the inherent drama within “Her Portmanteau” without making it seem soap operatic.  Nigerian traveler Iniabasi (Shannon Harris) and her younger American-born half-sister, Adiaha (Jennean Farmer), who’s late to pick her up at the airport and takes Iniabasi to her New York City apartment to meet their mother Abasiama (Mattilyn Rochester Kravitz). Hostility ensues especially around Iniabasis feeling abandoned, left to grow up without a mother.

Abasiama is the matriarchal figure at the heart of both “Her Portmanteau” and “Sojourner” — and both are part of a projected nine-play, multigenerational chronicle of the family.  Playwright Udofia, a first-generation Nigerian American, is a skilled dramatist, with a well-mannered hand at surprising turns of phrases. The play has layers of social commentary fed through Iniabasi’s poetic way of speaking and Harris’ excellent portrayal.  Harris laces her incisive pointed outsider’s critiques with quiet venom (“Being polite is the American way of lying”).  She stalks the stage silently taking in the space and situation with a sleek eye. 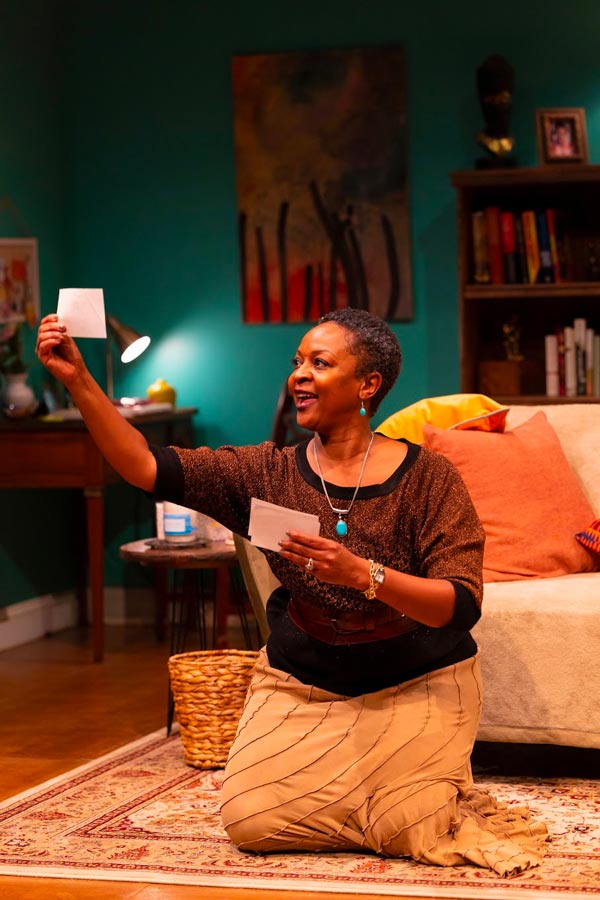 Udofia has written a solid play with universalities that linger in viewer’s heads around family, communication and healing.  The wishful stories we create for our lives give way to harder truths before healing can begin.  Director Laiona Michelle and the trio of actors generate authentic emotion with jabs of brutality that only family can say to one another.  Each actor carries the shame and hurt of that history with a mixture of pride, fear and resentment that ratchets tension some of which resides in the maroon portmanteau at the door and the baggage of the three characters.

Performances at the George Street Playhouse in New Brunswick, NJ through October 30th.  Tickets at georgestreetplayhouse.org 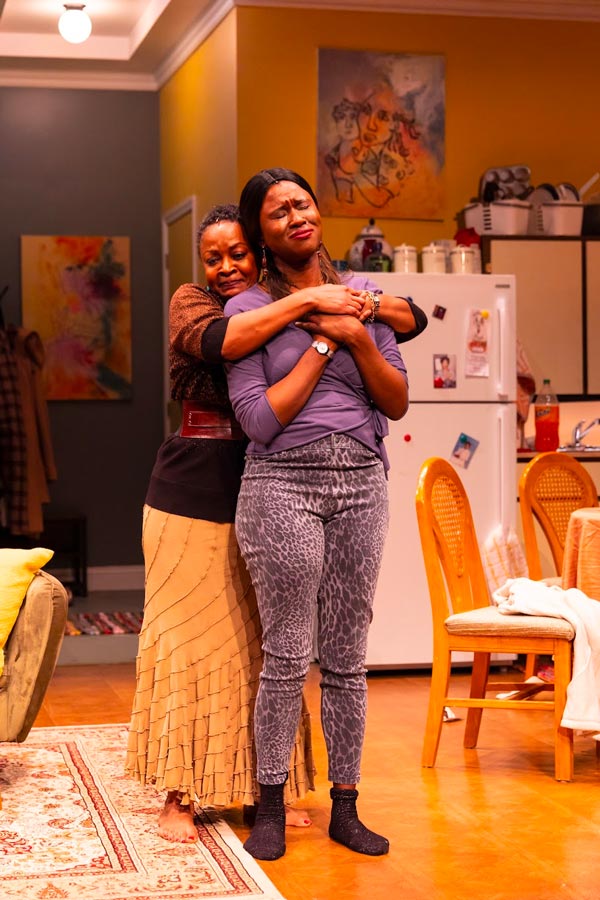