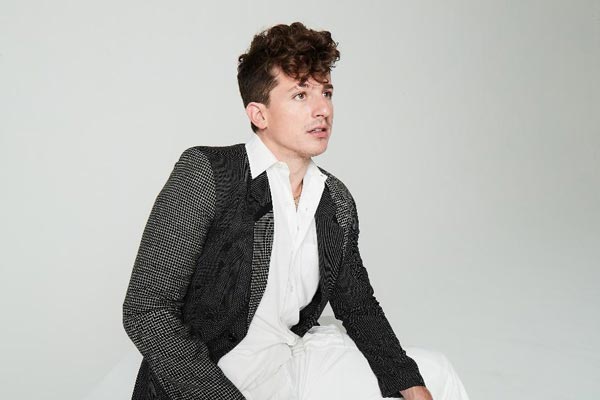 (RED BANK, NJ) -- GRAMMY-nominated and multi-platinum singer/songwriter/producer Charlie Puth has announced the ‘One Night Only’ tour, produced by Live Nation. Offering 8 dates across North America and Canada this fall, the run of intimate underplay shows will kick off with a homecoming show in Red Bank, New Jersey on October 23 at the Count Basie Center for the Arts, before making his way North to Massey Hall in Toronto on October 27 and finally, The Theatre at Ace Hotel in Los Angeles on November 9.

Tickets will go on sale to the general public on Friday, September 23rd at 10:00am.

Gearing up to release his highly anticipated third studio album CHARLIE, due October 7th via Atlantic Records, Puth has taken his fans along every step of the way. With the ‘One Night Only’ tour, he welcomes them up close and personal as puts his most personal body of work to date on display.

Releasing his newest track, “I Don’t Think That I Like Her,” from the forthcoming project today, Puth leans into a heavily voice-led melody while Travis Barker holds down a robust beat on drums to create a high-energy punk-style refrain.

Despite being weeks out from its’ release, CHARLIE, has already surpassed one billion global streams with the help of  latest releases “Smells Like Me,” “That’s Hilarious,” “Light Switch” and the single “Left and Right [feat. Jung Kook of BTS] which has garnered over 370 million streams alone and stands as Puth’s most successful chart debut to date. Continuing that momentum, he recently dropped a dynamic remix of the hit collaboration track with the help of GRAMMY-nominated electronic music duo Galantis.

The New Jersey native has proven to be one of industry’s most consistent hitmakers and sought-after collaborators. Puth has amassed eight multi-platinum singles, four GRAMMY nominations, three Billboard Music Awards, a Critic’s Choice Award, and a Golden Globe nomination. His 2018 GRAMMY-nominated LP, Voicenotes, was RIAA Certified Gold only four days after its release and has logged over 5.6 billion streams worldwide. Puth’s 2020 collaboration with Gabby Barrett on their “I Hope” Remix earned him his fourth top 10 track on the Billboard Hot 100, hit number one on the Billboard “Adult Pop Songs” chart, and won a 2021 Billboard Music Award for “Top Collaboration.” Puth also co-wrote and produced The Kid Laroi and Justin Bieber’s record-breaking single, “Stay,” which quickly become one of the biggest songs of 2021 and holds the title for the longest-reigning No. 1 on the Billboard Global 200 chart and the first to lead it for double-digits – spending a total of eleven weeks at the top of the chart. Puth is currently gearing up to release his highly anticipated third studio album CHARLIE, due October 7th via Atlantic Records.

‘One Night Only’ Tour Dates: