(MADISON, NJ) -- The Shakespeare Theatre of New Jersey (STNJ) continues its Main Stage season with David Ives’ The Metromaniacs from August 17 through September 4th. Adapted from Alexis Piron’s La Métromanie from the 1700’s, this outrageous and hilarious satire gives Moliere a run for his money.  Ives’ superb “translapation” of Piron’s original is a delicious treat for anyone who loves to laugh.

“Take a break from your worries and enter the silly world of The Metromaniacs. This fast-paced, witty concoction of a play is like a champagne spritzer; light, effervescent, and perfect for a fun-filled evening out with friends as the summer comes to a close," shared Brian B. Crowe, who is directing the piece. “The cast is top notch! — a troupe spun of comedic gold. Our regular patrons will recognize many of them from seasons past, and those new to STNJ will be in for a real treat.” 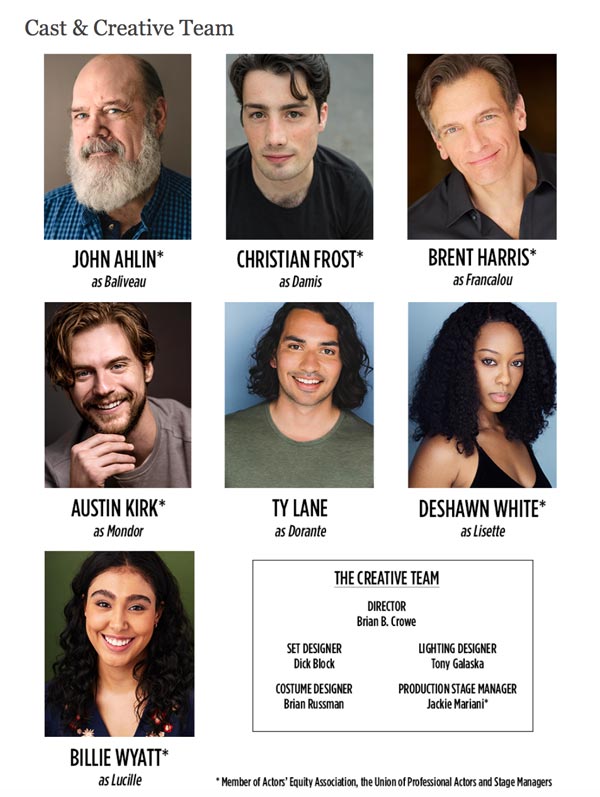 Single tickets for The Metromaniacs range in price from $39 to $69. The Theatre offers various cost-saving opportunities, including $15 student rush tickets, which are available 30 minutes prior to each performance, with a valid student ID, and a limited number of Pay What You Can tickets for every performance on a first-come, first-serve basis. STNJ also has a $30 Under 30 ticket option, which offers $30 tickets for patrons aged 30 and under, with valid ID. Other discounts are available including a 10% discount for Bank of America customers and employees, members of television’s THIRTEEN, AAA members, and others. For more information or to purchase tickets, patrons can call the Box Office at 973-408-5600 or visit ShakespeareNJ.org.

The director: Brian B. Crowe is in his 27th season with The Shakespeare Theatre where he is the Director of Education and one of the company’s resident directors. He has directed numerous productions for the company’s Main Stage, Outdoor Stage, and for its educational touring company, Shakespeare LIVE!

Special Performances: For the same price as a regular ticket, the Symposium Series performances offer a post-show discussion with the cast and artistic staff. For The Metromaniacs, Symposium performances will be held on Tuesday, August 23 at 7:30pm, Saturday, August 27 at 2:00pm, and Saturday, September 3 at 2:00pm.

The Know-the-Show pre-show talks are offered free of cost with the purchase of a performance ticket. Prior to the Thursday, August 25th performance, at 7:00pm, an STNJ artist will conduct a pre-show talk and Q&A for interested patrons. The performance that night follows at 8:00pm.

The acclaimed Shakespeare Theatre of New Jersey is an independent, professional theatre company whose Main Stage is located on the Drew University campus. One of the leading Shakespeare theatres in the nation, it is New Jersey’s largest professional theatre company dedicated solely to Shakespeare’s canon and other world classics. Through its distinguished productions and education programs, the company strives to illuminate the universal and lasting relevance of the classics for a diverse and contemporary audience.