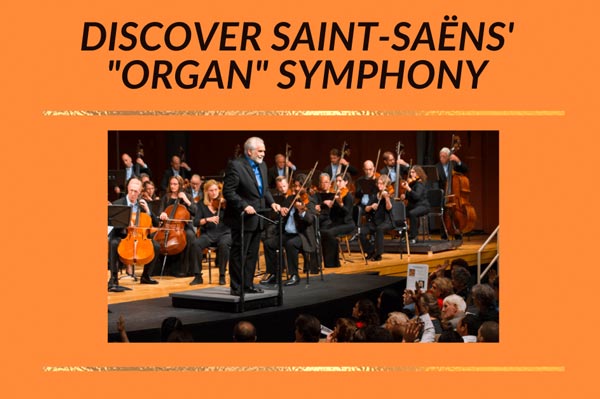 (SUMMIT, NJ) -- Led by Founder and Artistic Director George Marriner Maull, The Discovery Orchestra makes a welcome return to the concert stage after a pandemic break for an exploration of French composer Camille Saint-Saëns epic masterwork Symphony No. 3 in C Minor (the “Organ” Symphony). The Summit, New Jersey-based orchestra, which has introduced millions around the world to the joys of listening to classical music, is offering free tickets to individuals and groups to the Sunday, September 18, concert, which will be taped for broadcast for its sixth national public television special. Featuring a 90-piece orchestra and taped at the Hauser Auditorium at the Pingry School in Basking Ridge, New Jersey, Discover Saint-Saëns’ “Organ” Symphony is projected to begin a three-year national distribution by American Public Television in May 2023.

Comprised of a diverse roster of virtuoso musicians, The Discovery Orchestra introduces classical music to the masses through entertaining and informative interactive performances, or Discovery Concerts. Its television specials are Emmy Award-nominated and Telly Award-winning and include Bach to the Future, Discover Beethoven’s 5th, Discover Vivaldi’s Four Seasons, Fall in Love with Music and Discover The Firebird.

Discover Saint-Saëns’ “Organ” Symphony will feature New Jersey-based organist Mark Miller and West Nyack-based concertmaster Peter Winograd. Composed in 1886 and premiered the same year in London, the majestic masterpiece was such an overwhelming success that Saint-Saëns was quoted as saying, “I gave everything to it I was able to give. What I have here accomplished, I will never achieve again.” In this one-hour special led by Maull, The Discovery Orchestra will share an interactive exploration of the breathtaking Finale of Symphony No. 3, which was musically adapted for use in the score for the 1995 family film Babe and its 1998 sequel Babe: Pig in the City. 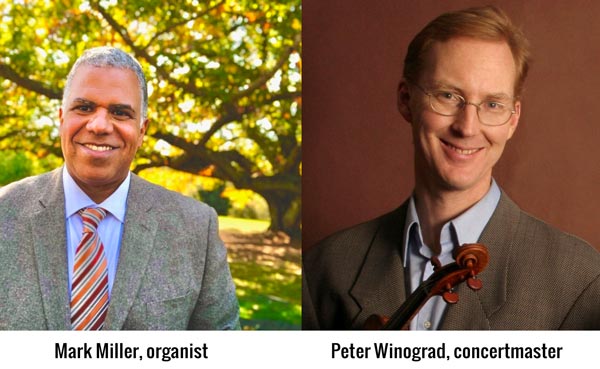 “The Saint-Saëns’ Symphony No. 3 Finale is one of the most uplifting compositions ever written by any composer, and we aim to transport audiences into the heart of this piece for a powerful boost to everyone navigating these most difficult times,” said Maull.

Free tickets — for individuals and groups of up to 25 — are available online or calling 973-379-2200. Only ages 8 and up will be admitted. Attendees are asked to arrive on time in their Sunday best for the taping, which runs from 2:45pm to 4:30pm.

Pingry’s Hauser Auditorium is located at 131 Martinsville Road in Basking Ridge. Pingry is an accessible facility, and The Discovery Orchestra is committed to accessibility. Upon request, and with two weeks’ notice, specific accommodations for large print programs, Braille materials and audio described services will be made, subject to the group’s available resources. 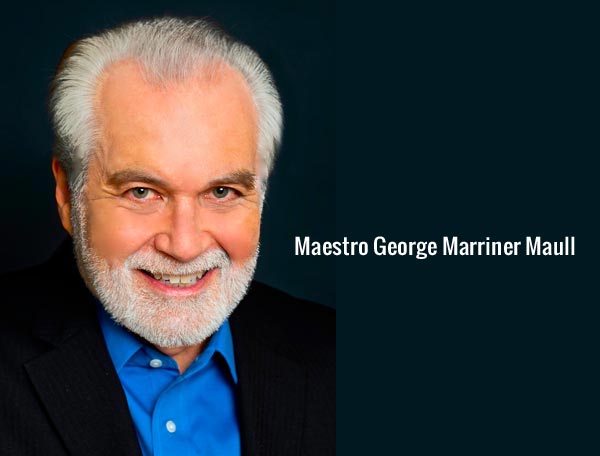 The Discovery Orchestra® (the Orchestra) is a 501(c)(3) music education organization based in Summit, New Jersey, teaching the attentive listening skills that help people of all backgrounds better comprehend, experience and emotionally connect with classical music. Under the direction of Artistic Director George Marriner Maull, the Orchestra uses a welcoming and humorous approach to classical music appreciation for the general public. Founded in 1987, the Orchestra engages audiences through live interactive concerts, intimate gatherings, community outreach events and television and digital content. Its Emmy-nominated programs Bach to the Future, Discover Beethoven’s 5th and Discover Vivaldi’s Four Seasons; Discover the Firebird; and the eight-part series Fall in Love with Music; are available on Amazon Prime Video. Fall in Love with Music, Discover Vivaldi’s Four Seasons and Discover the Firebird can be viewed on PBS Passport.