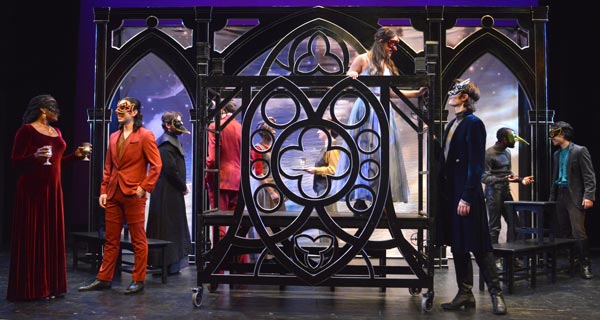 What better way to spend a spring afternoon than going to a Shakespeare play and a play in a theater not just full of adults, but one teeming with young adults, too.

I did that last weekend, catching the Bard’s Romeo and Juliet at the Shakespeare Theatre of New Jersey at Drew University in Madison. The theatre presented A Midsummer Night’s Dream earlier in the day.  The plays are part of the theater’s ‘Short Shakespeare’ program that is long on fun. The plays and others will be staged from time to time throughout the season and as part of a schools program and I urge you to see them – and take your kids when you can.

The ‘Short Shakespeare’ program has been around for a long time. It started in 1997 and has thrived as a separate spring festival, like this one, or as a touring program that takes Shakespeare to the state’s schools.

“Our motto is that no one in New Jersey should graduate high school before seeing a live Shakespeare performance. We can’t do that, obviously, but we get close,” said Brian Crowe, the Shakespeare company’s director of education.

In fact, over the years, more than 700,000 students have seen a live Shakespeare play, thanks to the programs of the Shakespeare Theatre of New Jersey.

What does the Shakespeare company hope to achieve with ‘Short Shakespeare’?

“Stage exciting, dynamic work for students,” said Crowe. “People say oh, the kids won’t ‘get it’ because they’re so young, but that’s not true. I think that in many ways kids ‘get it’ faster, and with more understanding, than adults. Kids today are smart.”

One thing that annoys Crowe is the charge that the shortened plays are ‘dumbed down” for the younger audiences.

“Our plays are not ‘dumbed down’ for anybody,” says Crowe. He gets upset at the mere mention of the word. “Oh, no. We do cut out some repetitive scenes and some scenes that  have characters you don’t see much of later, but the whole play is still there. The language, that soaring language, is all still there. It is a shortened sets of plays, but just as powerful as the longer versions,” he says. 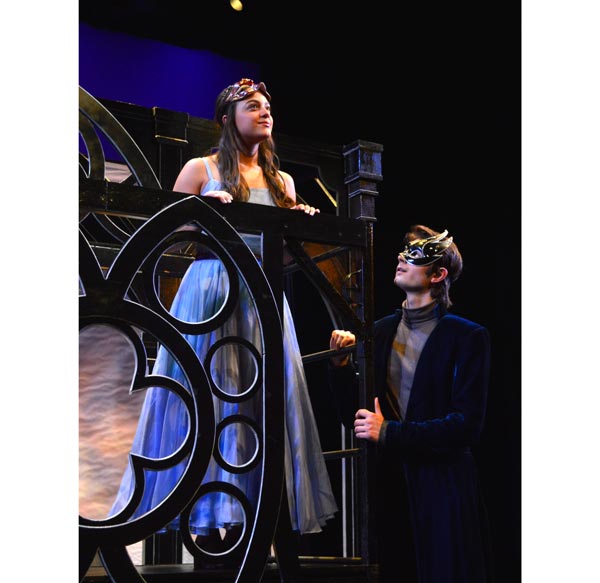 The Shakespeare Theatre of New Jersey’s ‘Short Shakespeare’ is part of the ongoing crusade by the theater, by all arts institutions in New Jersey, to create new audiences among young people. Theater produces firmly believe that if you get young kids to like theater they will like it all their lives. They are right. The folks who run the McCarter Theater, in Princeton, have been producing A Christmas Carol for decades. They are eyewitnesses to the fact that kids grow up and then take their own kids to see A Christmas Carol and then, one more generation, their grandchildren, The New Jersey Shakespeare folks have had similar youth oriented programs and plays for years, including touring companies that stage theater in schools.

The idea seems to work.

“Parents do not just take their children to see one play, they take them to see many. Our son fell in love with the theater on the many trips we made taking him to different plays and now he’s an actor himself,” said Mrs. Angela Malley, of Cincinnati, Ohio, in Madison to see her son Cameron play Romeo. “I think if you see theater as a teenager you get a taste of it. Once you have that taste, you want more.”

Her husband Mike nods in agreement. “It’s not right to say that teenagers are too young to understand plays. They do. I see them at attention whenever I notice them in an audience. Also, there are no distractions in a theater, like there are at movie houses.”

Their son’s friend Stacie Johnston, who lives in Manhattan, agrees with them. “I see a lot of plays in New York because I started going to the theater as a child,” she said.

The New Jersey Theatre Alliance is behind much of this. Twenty five years ago, it started getting its theater members to stage discounted price and sometimes shortened plays to attract a younger audience. That program, called “Stages,” still continues and ‘Short Shakespeare’ is a part of it. The Shakespeare Company gave it the name “short Shakespeare’ some ten years ago.

Each show is followed by a “talk back” in which adults and kids can ask the actors and directors of the show questions to gain a better understanding of the work, and theater in general. 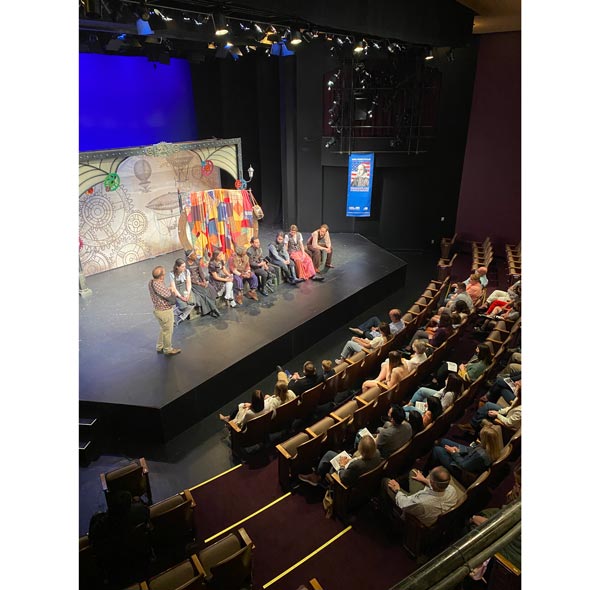 And what better plays for kids than A Midsummer Night’s Dream and Romeo and Juliet?  After all, Romeo and Juliet is not just about star-crossed lovers, but teenaged star crossed lovers. A Midsummer Night’s Dream is about four lovers from old Athens – Hermia, Helena, Lysander and Demetrius - caught up in wild romantic escapades with a lot of comedy.  Two of the lovers run off into the woods and soon the entire theater company that is rehearsing a play in Athens runs off to the forest, too. Havoc ensues. It’s a delightful romp for all.

The whole idea of “Short Shakespeare” is attractive to parents.

“The tickets are just $20 for adults and they get to bring their kids for free. Parking is free and right next to the theater building. For many people the Shakespeare Theatre is just a 15 or 20 minute drive. Nice campus surroundings, lawns, trees,” said Barbara Steinberg, who brought her daughter Kate, 17, to Madison for Romeo and Juliet.

Eva Nieves, of Belleville, was at Romeo and Juliet with her daughter.

“I think these short plays open young peoples’ minds to culture. I don’t mean just theater, but ballet, opera, too. The concept is a good one.”

The Shakespeare Company wisely pares the Bard’s works down from two hours or so to a crisp 75 minutes. They do a good job of it, too. Romeo and Juliet, as an example, still has all the great lines (and the great sword fights, too). In this “short Shakespeare” rendition you miss a lot of the story, but you get a lot, too. This not only condenses the play, but makes it short so that kids, with shorter attention spans than adults,  will enjoy it.

Adam Ardoble, of New Providence, 17, at the Shakespeare Theatre with his brother Aeden, has been going to the theater regularly for several years. “I’ve seen many plays. People my age do understand the plots and stories just as well as adults,” he said. “Good theater is very enjoyable.”

What about all the violence in Romeo and Juliet and all the sword play? Isn’t that violence bad for young people?

Education director Crowe scoffs at the charge. “There is far more violence in any one of the Marvel Comics movie young people see today than in any Shakespeare play,” he says.

“What is true about Shakespeare is that his plays try to teach us – do teach us – that we call need to settle out problems without wars and fighting,” said Crowe.

So the next time you see kids at the theater, remember that they are having just as much fun as you are. 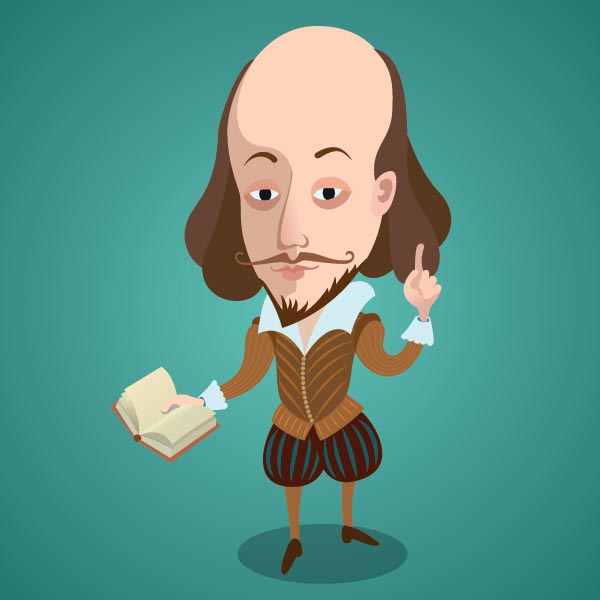