Makin Waves Song of the Week: "Everybody Knows the Way the Wind Blows" by Deena and Chasing Colours
NEWS | FEATURES | PREVIEWS | EVENTS
By Bob Makin 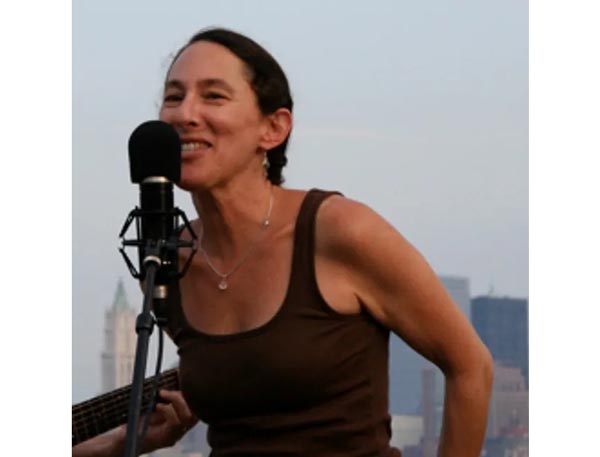 “Everybody Knows the Way the Wind Blows,” a charity collaboration between singer-songwriter Deena Shoshkes of the seminal Hoboken indie band The Cucumbers and UK producer Chasing Colours, is the Makin Waves Song of the Week.

Deena Shoshkes has been doing that since the ‘80s with the seminal Hoboken indie band The Cucumbers, who had delicious hits, such as “My Boyfriend” and “All Shook Up.”

Her latest wave is a collab with UK producer Chasing Colours on the infectious, yet meaningful single “Everybody Knows the Way the Wind Blows,” the Makin Waves Song of the Week.

As the Makin Waves Song of the Week, “Everybody Knows the Way the Wind Blows” also can be heard between 6 and 8 p.m. on April 29 on “Radio Jersey” at ThePenguinRocks.com.

“Chasing Colours sent the music my way and I sent the words and melody back to him on the internet wind across the Atlantic,” Deena said. “Around the world, we’ve become all too aware of airborne illness and toxic ideas. Love, hope and music travel in the air too, and the more of those things we put into the breeze, the more there will be in the world.”

The single has been released by A Leg To Stand On Music, part of a charity that funds critical and life-changing mobility treatments to children in developing countries. A Leg To Stand On recently celebrated their 20,000th child treated since programs began in 2003.

With free, high-quality prosthetic limbs, orthotic braces, and appropriately fitted wheelchairs to ALTSO’s CoolKids, the charity offers not only mobility to each of its beneficiaries but the ability to independently attend school each day in areas where public transportation is absent or unaffordable, thereby also providing them access to education, self-esteem, and tools to live self-sufficiently.

“The gift of love, hope and mobility that A Leg To Stand On facilitates is a profound and tangible way to help children and make a difference in their lives,” Deena said. “I am delighted and honored to be able to contribute a song to ALTSOMusic.”