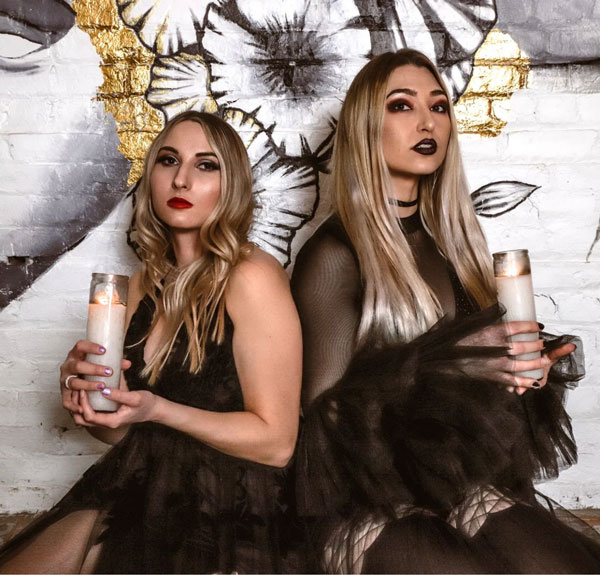 “Sleep with Ghosts,” a collab between female-fronted North Jersey hard rock acts Reality Suite and Aurin, is the Makin Waves Song of the Week.

The video for the collab between female-fronted North Jersey hard rock acts Reality Suite and Aurin is such hot fun, but even hotter is that the two popular bands are playing out steady again.

Meanwhile, their joint single, “Sleep with Ghosts,” is the Makin Waves Song of the Week.

As the Makin Waves Song of the Week, “Sleep with Ghosts” also can be heard between 6 and 8 p.m. on April 22 on “Radio Jersey” at ThePenguinRocks.com.

And a Makin Waves Interview with Reality Suite can be enjoyed here.  Founding drummer Brian King chatted extensively about “Sleep with Ghosts,” among many other things, as did front woman Kimmii Heart.

As for the aforementioned shows, Aurin will play April 23 at Fish Head Cantina in Baltimore with Offensive, Bedroom Floor, Devil in Disguise, Middle of Nowhere, and Cosmic Halitosis.

Reality Suite will open for Shaman’s Harvest on May 29 at Debonair Music Hall in Teaneck. The WDHA 105.5-sponsored show also will feature The Standstills.

Then Reality Suite and Aurin will perform together for the first time in a year on July 9 at Queens Rockfest at Forest Park Bandshell.