Makin Waves Song of the Week: "We Go On" by Bobby Mahoney 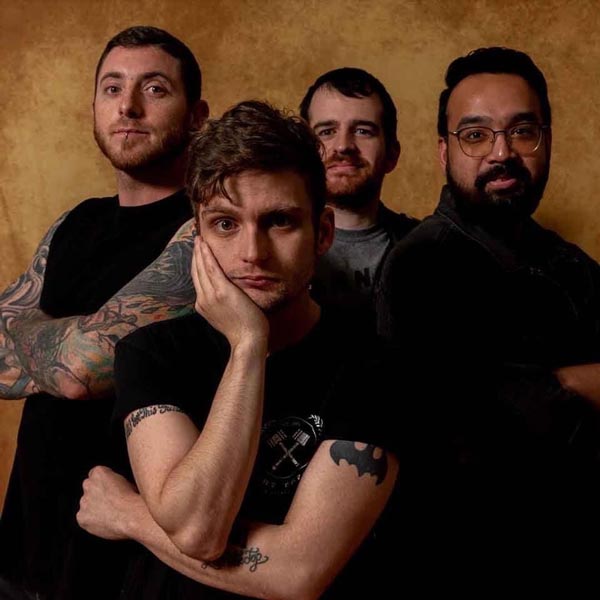 “We Go On,” the title track of Bobby Mahoney and the Seventh Son’s new EP on Asbury Park-based Telegraph Hill Records, is the Makin Waves Song of the Week. PHOTO BY MARK ASHKINOS

Who warrants not one but two record release parties this weekend at The Saint in Asbury Park?

Bobby Mahoney and the Seventh Son, whose anthemic title track of their new EP, “We Go On,” is the Makin Waves Song of the Week.

As the Makin Waves Song of the Week, “We Go On” also can be heard between 6 and 8 p.m. on April 8 on “Radio Jersey” at ThePenguinRocks.com.

“This song is about the cosmos,” Bobby said. “It's about Space. It's about the universe. It's about life and death. It wonders if legacy means anything. It wonders about what happens to the energy things leave behind when we can no longer see or experience them. It’s about the luck that we end up on this planet at the same time as others and that our paths cross in the ways they do, when they do, and why they do.

“Some feel that music isn’t written, but pulled from the air, that it always existed, and always will, but is then quantified and recorded for human absorption,” he continued. “Maybe the same goes for love and connection. I think about my grandparents when I play this song. I think about my family dog, Sundance. I think about all the minds who have lived long ago and haven’t lived yet. I think about the dumb luck we all have to even have ended up on this planet as humans at all. Is there more beyond our understanding and our senses?

“Like our favorite songs, I believe the impact of our brief time on this planet will echo long after we are gone, but that we owe it to ourselves and the world to leave as many positive echoes as possible, while enjoying our own time here before we move onto whatever comes next. Like your favorite song, we go on.”

The EP also features the single “Lay It On Me.”

Sharing the bills at The Saint will be Soraia from Philly, Michael Kane and the Morning Afters from Worcester, Mass., and Asbury-based label mates Jarod Clemons and the Late Nights and Alexander Simone & Whodat? Live Crew on April 8 and Jersey Shore songstress Olivia Bec, Pennsy singer-songwriter James Barret, and label mates Malibu and The Foes of Fern with an encore performance as My Chemical Foemance on April 9.

For more about Bobby Mahoney and the Seventh Son, visit www.bobbymahoneymusic.com.