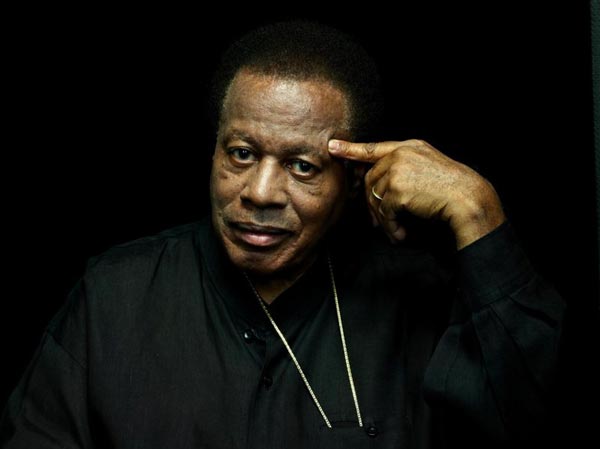 (NEWARK, NJ) -- On April 29 at 5:00pm, WBGO, Newark Public Radio, will celebrate the renaming of the street on which the station resides in honor of one of Newark's own, legendary jazz musician and composer Wayne Shorter. Founded in 1979, WBGO sits at the center of the ever growing arts district in Newark - the Central Ward. Earlier this year, the Newark City Council unanimously approved WBGO's proposal to rename Park Place after NEA Jazz Master, Kennedy Center Honoree, multiple Grammy Award Winner, and Newark native, Wayne Shorter.

Wayne Shorter, also known as the Newark Flash, grew up in the Ironbound section of Newark and attended Newark Arts High. While he was steered toward Arts High following winning an art competition at age 12, Shorter had a pivotal experience there after acing a music theory final exam, telling WBGO's Nate Chinen in 2017, "It was a whole life-changing something going on, with no name. I can’t name it."

Current students from Arts High will perform during a reception before the street sign unveiling where Newark Mayor Ras Baraka, members of Newark City Council, WBGO President & CEO Steven A. Williams, along with a host of musicians, will pay tribute to Mr. Shorter in a live stream event. Mr. Shorter will participate via video from his home on the West Coast.

Once the new street sign is in place, WBGO and our neighbors at NJPAC will sit at the juncture of Wayne Shorter Way and Sarah Vaughan Way. A fitting tribute in a city with a rich and deep connection to jazz. WBGO President & CEO Steven A. Williams said, "Wayne Shorter is one of the most celebrated and decorated jazz artists in the world, but he had yet to receive tangible, visible recognition of his esteem in the place where it all began for him. We felt it vitally important to deliver the bouquet while he can still smell the flowers."