Southern Rock stalwarts Molly Hatchet and Duane Betts will also headline this year’s annual summer bash, which features 11 artists over the three-day weekend in the scenic park-like venue nestled in the heart of Sussex County.

“We’re proud to continue to attract the biggest stars to our stage and this year feature Jim Messina, a legendary artist who created Country Rock, and our largest lineup of Rock & Roll Hall of Famers ever,” said Festival Executive Producer Howard Freeman of Promo1. “It’s going to be a great weekend and the place to be this summer.”

He then went to work with a then unknown Kenny Loggins. Jim agreed to sit in on Kenny’s first album; Kenny Loggins with Jim Messina Sittin’ In launched an accidental duo that over the next seven years would enjoy eight hit albums, have scores of hit songs and sell over 16 million albums with Loggins & Messina becoming one of the most successful duos of the 1970s.

Dave Mason (“Feelin’ Alright,” “We Just Disagree”) was inducted into the Rock & Roll Hall of Fame in 2004 as a founding member of Traffic. During his lengthy solo career, he has written over 100 songs, has three gold albums, and one platinum album.

Don Felder is a legendary singer-songwriter, a 1998 inductee into the Rock & Roll Hall of Fame with the Eagles, a New York Times best-selling author, and a true American rock-and-roll guitar hero.

Felder spent 27 years with the Eagles, who own the distinction of recording the top-selling album of all time - Their Greatest Hits (1971-1975) - which has sold over 38 million copies (and counting). He co-wrote some of the band's biggest hits, including "Hotel California" and "Victim of Love."

Continuing to give the people what they want, fan favorite Artimus Pyle of Lynyrd Skynyrd fame returns for an encore performance.

In the 1970’s Molly Hatchet (“Flirtin’ With Disaster”, “Gator Country,” “Whiskey Man”) combined boogie, blues and hard rock with the then-developing Southern Rock scene, establishing them as one of the defining bands of the genre – and which is apparent to this day in their hard-driving live performances.

The musical journey of Duane Betts includes sitting in with the Rock & Roll Hall of Fame inductee The Allman Brothers Band, a decade-long stint playing alongside his father Dickey Betts, and collaborating on the Allman Betts Band. Now a consummate musician and polished songwriter, Duane will be joined at Rock, Ribs & Ridges by Berry Oakley, Jr. and Johnny Stachela.

Since first taking the stage together with Creedence Clearwater Revisited in 2011, Dan McGuiness and Kurt Griffey of Revisiting Creedence fronted the legendary touring group and have performed nearly 1,000 concerts around the globe, rocking the iconic catalog of CCR, one of America’s all-time greatest bands.

In addition to the music, attendees can also enjoy mouthwatering barbecue served up from top competitive barbecue rib chefs from around the country, craft beers and more as they soak up great music and the great outdoors.

For tickets and additional information including the full concert lineup, visit www.rockribsandridges.com. 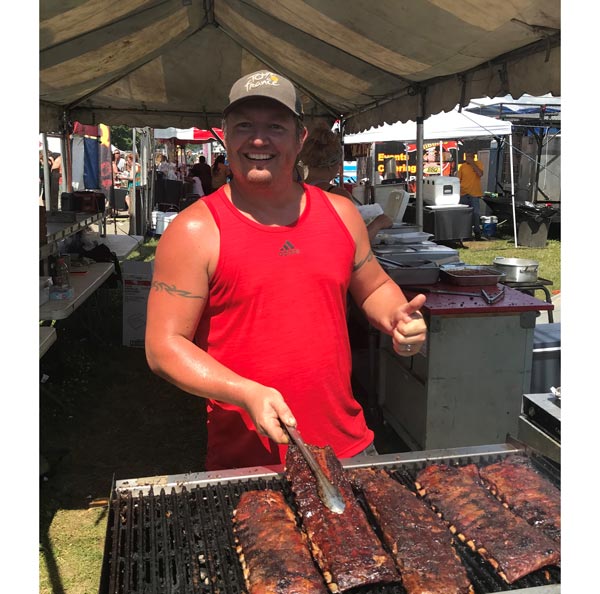