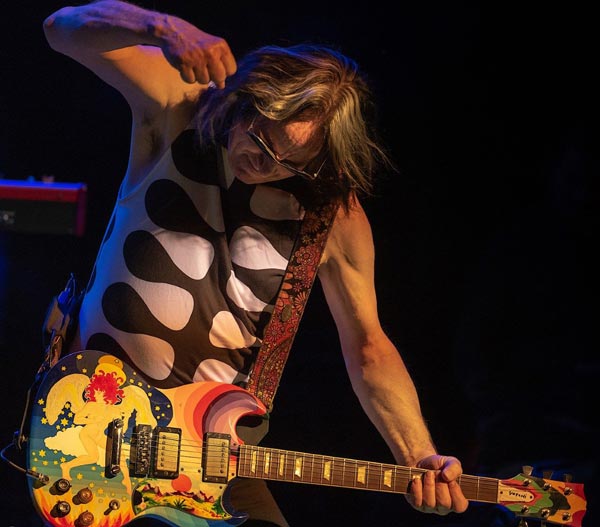 (READINGTON, NJ) -- Pop superstar Todd Rundgren, a 2021 inductee into the Rock and Roll Hall of Fame, will bring some added wizardry to this summer’s New Jersey Lottery Festival of Ballooning. The multi-faceted singer-songwriter-producer (“Hello It’s Me,” “I Saw The Light,” “Can We Still Be Friends,” “Bang The Drum”) will rock the Festival’s Main Stage on Saturday night, July 30 at 8:00pm.

A Wizard. A True Star. The title of Rundgren’s 1973 solo album aptly sums up the contributions this jack of all trades has made to state-of-the-art music. As a songwriter, video pioneer, producer, recording artist, computer software developer, conceptualist, and interactive artist, Rundgren has made a lasting impact on both the form and content of popular music.

In addition to a half-century career that’s about as varied as any in pop music, the native of Upper Darby, PA broke new ground in music videos and computer technology in music. He has also produced a long list of great records including Meat Loaf’s Bat Out of Hell as well as albums by Patti Smith, Cheap Trick, Psychedelic Furs, XTC, Grand Funk Railroad, and Hall and Oates.

But it was 1972’s seminal Something/Anything? on which he played all the instruments, sang all the vocal parts, and acted as his own producer, that catapulted Todd Rundgren into superstardom.

“We’re proud to add Todd Rundgren, an amazing artist whose 50-year career and contributions to popular music have been recently rewarded by the Rock and Roll Hall of Fame, to this year’s concert lineup,” said Festival Executive Producer Howard Freeman.