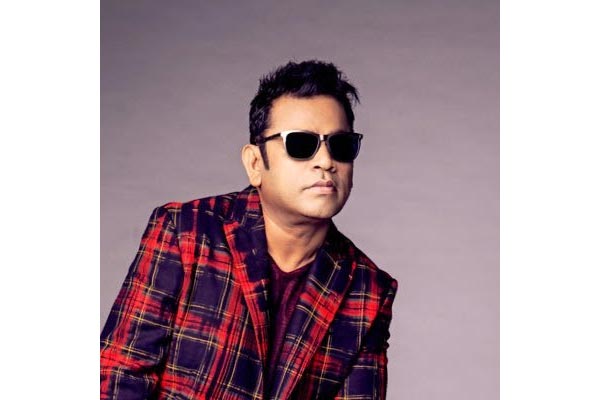 (NEWARK, NJ) -- India's premier composer and musical genius, AR Rahman, performs live in Newark, New Jersey at the Prudential Center on Friday, August 12, 2022 at 8:00pm. AR Rahman redefined contemporary Indian music, and is the pride of the Indian nation and a role model for millions around the world.

Hailed by Time magazine as the 'Mozart of Madras,' Rahman is one of the most successful artists of all time, and according to a BBC estimate has sold more than 100 million albums of music from more than 50 movies. His works are notable for integrating Eastern classical music with electronic music sounds, world music genres and traditional orchestral arrangements.

AR Rahman has been given the prestigious Padmashree (the highest civilian honour in India) award by the Government of India in the year 2000 for outstanding contribution to the Indian film industry. Rahman is widely considered as the man who single-handedly revived public interest towards Indian film music. In 1991, noted film maker Mani Ratnam offered Rahman a movie Roja which was a run-away success and brought nation wide fame and acclaim to the composer. Rahman followed up Roja with Gentleman, Thiruda Thiruda, Kaadhalan, Bombay and Minssara Kannavu all of which were huge chartbusters and were dubbed in Hindi as well.

Other hits in Tamil include Alaipayuthey, Kandukondein Kandukondein, Jeans, Mudalvan, Kannathil Muthamittal, Boys etc. His foray into Hindi movies started off with a big bang in the superhit Rangeela followed by Dil Se, Taal, 1947/Earth, Pukar, Lagaan , Zubeida, Meenaxi, The Legend of Bhagat Singh, Yuva, Tehzeeb  amongst others all of which had huge album sales.

His more recent releases include, Swades, Ah-Aah, Bose: The forgotten hero, The Rising, Water and Rang De Basanti all of which have been critically acclaimed and well received. In 2001, Andrew Lloyd Webber, the well known composer of musicals like Phantom of the Opera, Cats, Jesus Christ Superstar e.t.c. invited Rahman to compose for the musical, Bombay Dreams, which opened to packed houses at London's West end. The show had an unprecedented run for 2 years and later premiered at New York's Broadway.

Rahman is also involved in other charitable causes. In 2004, he was appointed as the Global Ambassador of the Stop T B Partnership, a project by the World Health Organization (WHO). He also supports charities like Save the Children, India and as a producer on the single 'We can make it better' by Don Asian alongside Mukhtar Sahota, A.R. Rahman showed his charitable side again with all proceeds going to the Tsunami victims, as did his 2004 Tsunami relief concert in India.

Prudential Center is the world-class sports and entertainment venue located in downtown Newark, New Jersey. Opened in October 2007, the state-of-the-art arena is the home of the National Hockey League’s (NHL) three-time Stanley Cup Champion New Jersey Devils, Seton Hall University’s NCAA Division I Men’s Basketball program, and more than 175 concerts, family shows and special events each year. The arena is also home to the GRAMMY Museum Experience Prudential Center, which opened its doors to the public on October 2017. The 8,200-square-foot experience marks the first GRAMMY Museum outpost on the East Coast and features a dynamic combination of educational programming and interactive permanent and traveling exhibits, including a spotlight on legendary GRAMMY winners from New Jersey. Ranked in the Top 8 nationally by Pollstar, Billboard and Venues Today, Prudential Center is recognized as one of the premier venues in the United States, and over 2 million guests annually.