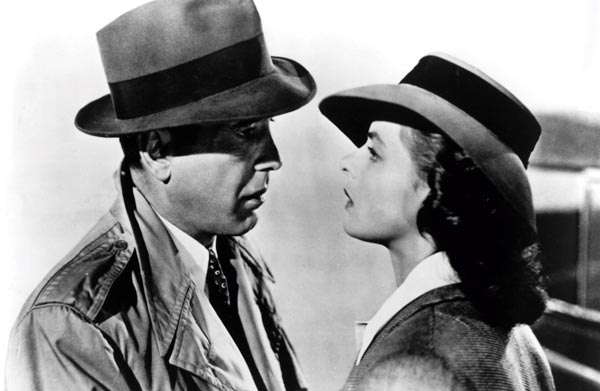 Rick Blaine, Ilsa Lund, police captain Louis Renault, Major Heinrich Strasser and all the badly dressed, ill-mannered, rude Nazis one could ship to North Africa will all be in New Jersey this coming weekend for special screenings of the beloved film Casablanca. This time, though, they’ll be trying to find freedom on that plane to Lisbon with the help of the New Jersey symphony in another of its movie concerts.

Casablanca, starring Humphrey Bogart and Ingrid Bergman, with the New Jersey Symphony playing the film’s music, will be shown at the Mayo Performing Arts Center, in Morristown, Friday night at 8, on Saturday at 8 at the New Jersey Performing Arts Center, in Newark, and at 3 p.m. Sunday at the State Theatre in New Brunswick. The symphony will once again be conducted by Constantine Kitsopoulos, who was the conductor in most of the Symphony’s movie concerts. The next movie concerts, may the Force be with the Symphony, will be Star Wars: A New Hope, on the weekend of May 12.

The idea of the classic movie Casablanca as a film concert is simple. Patrons watch the film on a big screen and, instead of hearing the film’s score, they hear the NJ Symphony playing the film’s score in the theater. It’s a wonderful touch. The NJ Symphony has had great success with movie concerts for years, screening dozens of acclaimed films with their music such as Star Wars: Return of the Jedi, Mary Poppins, E.T. the Extraterrestrial,  Bug Bunny at the Symphony (my favorite), Raiders of the Lost Ark,  Back to the Future, and the Wizard of Oz. The Symphony is one of many throughout the country that have had great success with movie concerts.

Movie concerts need a well known and beloved movie for ticket sales. Casablanca is such a film It has a marvelous story and it is famous for its lines, such as Humphrey Bogart’s  memorable “here’s looking at you kid” and “play it again.”  Then there’s “of all the gin joints in all the towns in all the world, she walks into mine” about his long lost love  (Bergman). Of Bergman, he says to her lovingly, “we’ll always have Paris,” about the city where they fell in love. Most best critics’ polls show it as one of the top three films of all time (along with Citizen Kane and The Godfather).

And who can forget that memorable scene in Rick’s place when the Free French belt out their national anthem, Le Marseillaise, and drown out the Nazi national anthem, with that blonde French girl at the bar crying as she sang?

Audiences in 1942 loved Casablanca because it was the story of a love affairs set amid a strong  story about World War II and starred two of the best actors whoever lived, plus marvelous supporting actors such as Peter Lorre and Sydney Greenstreet.

And it has that haunting theme sing played by pianist Dooley Wilson, “As Time Goes by,”

“The film’s music is one of the main reasons we chose it,” said Patrick Chamberlain, Vice President for Artistic Planning for the New Jersey Symphony. “The music in Casablanca just knocks your socks off. A great orchestra, like ours, amplifies the music. One hundred top musicians playing ‘As Time Goes By” adds a lot to the movie concert, makes seeing the film this way very special.”

Chamberlain  also believes that many people who see Casablanca with the New Jersey Symphony get a different experience from it. “As an orchestra, we try to bring many different kinds of entertainment to our audiences and this is one. Seeing this move, any movie, with a symphony  gives you a ‘new’ way to see the same film, making the experience quite unique. Many people who have seen the film frequently on television come to our film concerts to enjoy that different experience, too.” 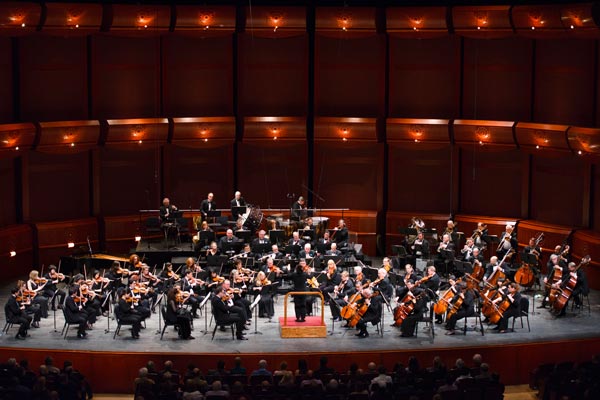 There are dozens of movie concerts around the United States each year, in numerous cities. I’ve seen several movie concerts in New York. They all have a special feel to them, thanks to the orchestra. I went to a Bugs Bunny concert (yes, Bugs Bunny) with NY Philharmonic and it was a delight. There must have been six millions kids there with their parents, and their parents cheered and  howled louder than the kids. You feel that the movie is different at these concerts  and so you let your hair down, flash a big smile, and enter another universe.

Everything has changed now, too, because of COVID-19. “When they made Casablanca in 1942, they expected that audiences would always see it with hundreds of other people in a large movie theater. There was no television. Today, most people see old movies on TV, in their living room. It’s a different experience. We want to get people out of their living rooms and into theaters with these movie concerts, not just to see the film, but to mingle together, to push away the Pandemic. It’s emotional as well as entertaining,” said Chamberlain.

I have been in the city of Casablanca, in Morocco, several times, but there were no Nazis rounding up people, no Bogart, but there was Rick’s Place. Someone built a copy of the fabled night club in the film owned by Rick (Bogart) and it thrives today. There are planes that go to Lisbon, too. It’s as good a tourist stop as it is a movie. Sadly, though, there’s no Ilsa.

The city if Casablanca has been around for about 3,000 years. For sure, the movie will be around much longer. 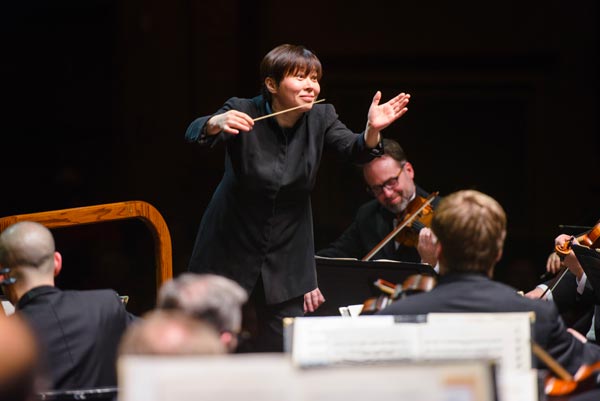