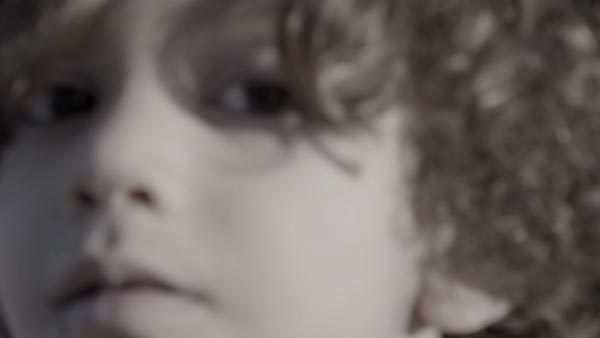 Letters2Maybe, a documentary feature by filmmaker, writer, and poet Yehuda Sharim, will show at the New Jersey Film Festival on Sunday, February 6, 2022. This film is a wonderfully wound tapestry of testimonies by immigrants living in the United States. People of varying ages, genders, and ethnicities speak about their experiences, trying to give shape to difficult questions: What does it mean to no longer have access to your homeland? What is the process of becoming disillusioned with the American Dream?  How can community serve as support, solace, and strength in the face of injustice?

It is no surprise that Letters2Maybe is the cinematic product of a writer, specifically a poet. The currency of the film, its granular makeup, is the spoken word. How people choose to express themselves and communicate, through their voice and the words they choose, are themes at the film’s core.

The film begins with a basic task: participants are asked to speak an open letter to someone. This may seem like a simple concept, but the results are astounding. Responses are charming, wounded, sweet, jarring, and more. A young girl from Iran tells her kindergarten best friend: “And I wish that, if God gives me a wish, I could say that I can see you one last time. Wherever. In Iran, in Turkey, in America. Wherever.” While Nancy, a woman from Africa, says to her father: “I’m constantly looking for something. It’s not money. I think it’s just acceptance, because when you’ve had a good life with your dad, and your dad treated you so well, and all of a sudden, one day, he decides to destroy your life by betraying your trust, by going to immigration and saying, ‘Oh, by the way, my daughter is illegal. You should deport her.’ It makes it very hard to live after that.”

These moments, when the film’s subjects are so scorchingly honest and vulnerable, simply take your breath away. Sharim is able to harvest these instances of poetry, the poetry of human testimony, and string them together with precision.

In the second half of the film, however, the lens moves beyond bearing witness to individual experience. Instead, the collective is emphasized, especially in regards to community mobilization. For example, in Merced, California--a community with many Latino immigrants--we see meetings of activists, trying to decide how best to go about the local sheriff’s abuse of power and racial profiling.

Here, the role and politics of giving testimony are discussed. Some activists make clear the need for increased collection of testimony and documentation by community members about instances of abuse, while others, especially those who are undocumented, emphasize the risks involved.

Ana María Fabián Lomeli, an undocumented woman from Mexico, articulates the sentiments of both sides, sharing her rewarding experience of speaking up for herself for the first time--“I was terrified to stand up, even to speak half a word, but this lady told me your testimony was powerful, your testimony is valuable”--as well as the understandable fears of those, like herself, who are undocumented becoming involved with community action--“You think they’ll want to come expose themselves here with the sheriff and the police?”

Letters2Maybe does not provide answers to the complex questions it poses--it is unreasonable and reductive to expect such. Instead, the film asks the audience to hear its subjects, to digest the poetry they speak about their livelihoods, and sit with all of it--the warm, the uncomfortable, the heartbreaking, the angry.

Throughout the film, Sharim places poetic interludes with the visual motif of birds. Swathes of thousands of birds. In fields. Soaring through skies--at dawn, at dusk, clear, with clouds. Sharim asks us to piece together our understanding and experience of the film against the backdrop of this symbol. Of the collective, of the free, of the ever-moving.

“It’s better for you to die in your land happy, than for you to come to America, and for your soul to die.”; “I ran away from Iran, because my dad had some trouble in Iran, that if he were back there again, they would have already killed him right now.”; “Let’s not be afraid. There is nothing more after death. Forward, comrades. Fight for your rights.” These are the lines and verses which craft the poem of Letters2Maybe. 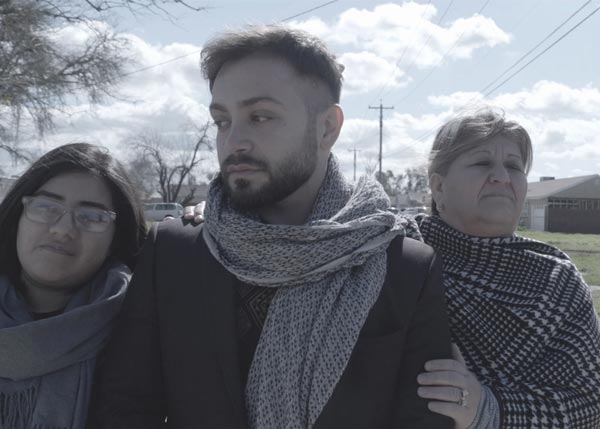 The New Jersey Film Festival Spring 2022 will be taking place on select Fridays, Saturdays, and Sundays through February 20, 2022. All the films will be available virtually via Video on Demand for 24 hours on their show date.
More info is available here: https://newjerseyfilmfestivalspring2022.eventive.org/welcome