Paul Sestakov’s Waiting For Deading, which is being shown at the Spring 2022 New Jersey Film Festival on Sunday, January 30th, is a comedic short film following two novice grim reapers on their first assignment. They’ve been sent to retrieve the body of a man who is supposed to die of a heart attack and bring him to hell. However, their plan becomes derailed when they stray from protocol, and everything starts to spiral out of control.

Waiting For Deading is well-shot, and well-produced; there’s a great shot variety to keep the visuals interesting and the viewer engaged. There are many shots featuring extreme angles and perspectives to enhance and emphasize the quirky nature of the film. Particularly, the shot of the reapers’ silhouettes and shadows as they continued to carry out a conversation enhances the unorthodox scenario taking place; this was extremely unique and cinematically interesting. The use of low highlights and dark shadows also kept the film balanced and consistent with the tone, as it emphasized the comedic elements while simultaneously keeping the film visually dark.

The film begins with the two reapers, John and Barney, preparing to enter the house of Jeff, who they have been assigned to retrieve after his heart attack caused by a giant bowl of greasy bacon. However, John and Barney fail to enter the house at the right time, and the man sees them earlier than planned, causing his timely death to be postponed. As the reapers are trying to decide how to proceed without getting in trouble for failing their first assignment, they tie up the man in an effort to stall the operation.

The jokes in the film are funny but not overdone. At times, the cursing seems redundant and unnecessary, but the dynamic between the two grim reapers is entertaining throughout the course of the film. The child-like bickering between John and Barney keeps the film engaging and entertaining as the events unravel. Also, the scenes of the two grim reapers and their victims are intercut with shots of Jesus yawning and scratching himself, perhaps to poke fun at religious figures and emphasize the hilarity of the situation.

Sestanov’s film ends with John and Barney coming across their accidental victims’ daughter and bringing her to safety, allowing the two grim reapers to momentarily redeem themselves of their poor lack of judgment. Waiting For Deading was amusing throughout and never dulled as the story progressed. The production value was excellent in its quality and shot variation. It was clearly well thought out and well-executed.

Waiting For Deading screens at the Spring 2022 New Jersey Film Festival on January 30 as part of the Short Film Program! To buy tickets to see it click here. 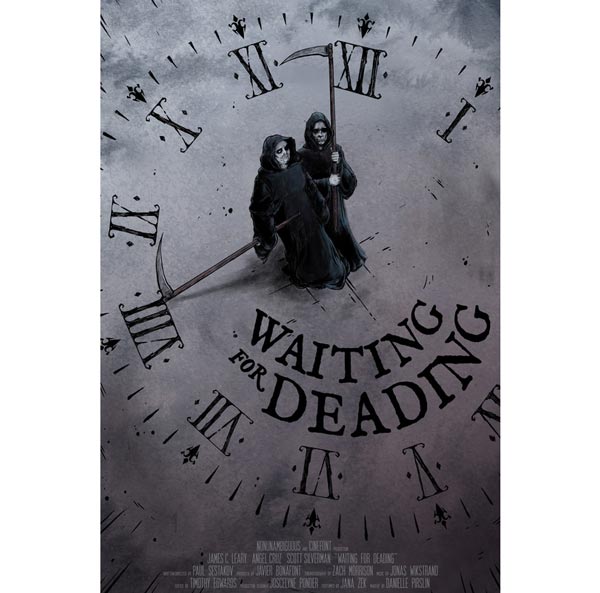 The New Jersey Film Festival Spring 2022 will be taking place on select Fridays, Saturdays, and Sundays between January 28 and February 20, 2022. As a result of COVID our Festival will be a virtual one again this Spring. All the films will be available virtually via Video on Demand for 24 hours on their show date.
More info is available here: https://newjerseyfilmfestivalspring2022.eventive.org/