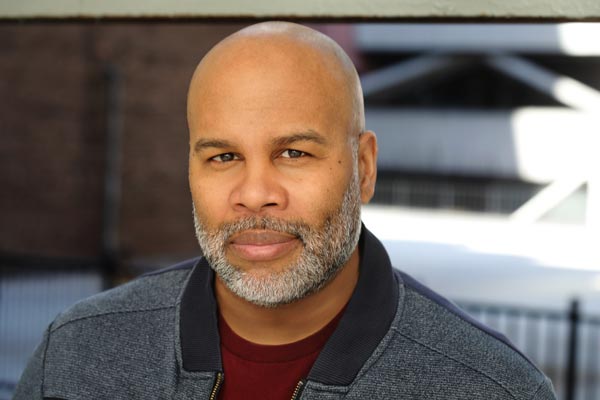 For the past 19 years Mile Square Theatre has provided compelling works of theatre for adults, children, and families for the citizens of Hoboken in Hudson County and metro New York. Chris O’Connor founded the theatre to create a regional arts organization that would make Hoboken a destination for theatre lovers and would strongly connect to the local region. He steps down to pursue other artistic pursuits and to focus on his academic career, as he’s been recently appointed Chair of the Theatre Arts Department of Molloy College/CAP21.

O’Connor says of Free, “Our search committee had some truly wonderful and qualified candidates. Ultimately, we believe Kevin has the vision and the talent to move MST forward into the future. We have loved collaborating with him over the past two years and we know what a great artistic leader he is. MST couldn’t be in better hands.”

Free is no stranger to MST, having directed their hit production of Dominique Morisseau’s Pipeline, which was named one of New Jersey’s best productions of 2019 by NJ.com. In 2020, when the theatre was shuttered due to the pandemic, MST commissioned Free to write a short play for Given Circumstance, a streaming short play series, and then engaged him to direct their 2020 holiday film of It’s a Wonderful Life: A Live Radio Play.

Says Free of this appointment, “I am so grateful to deepen my relationship with MST, as they have become like family to me since my Pipeline experience. I am looking forward to learning more about the community of Hudson County, and to bringing my vision to Mile Square Theatre.” He has begun pre-production already, producing Eleanor Burgess’s The Niceties, and will be directing his first play as Artistic Director in May 2022, as well as producing the company’s annual fundraiser in June.

Kevin R. Free is a multidisciplinary artist whose work as an actor, writer, director, and producer has been showcased and developed in many places, including The Moth Radio Hour; Project Y Theater; Flux Theater Ensemble; the Queerly Festival; The New York Neo-Futurists; and The Fire This Time Festival, where he served as Producing Artistic Director for 5 years, winning an Obie for his work in 2015. He is the Resident Artistic Director of FRIGID New York. He is also the co-writer and co-producer of the award-winning web series Gemma & The Bear! and the upcoming Beckys Through History (MyCarl.org). As an actor, along with performing in over 100 professional productions (including the world premiere production of WINK at Marin Theater Company), he became the first African-American to play the role of Bellomy in The Fantasticks Off-Broadway. An accomplished voice actor, as well, Kevin is the voice of Kevin from Desert Bluffs on the popular podcast Welcome to Night Vale. He is most proud of his accomplishments as an audiobook narrator, having contributed to over 400 projects in the past 20 years, including The Known World by Edward P. Jones; Yes, Daddy by Jonathan Parks-Ramage; The Cost of Knowing by Brittney Morris; A Complicated Love Story Set in Space by Shaun David Hutchinson and all the books in the Murderbot Diaries by Martha Wells.