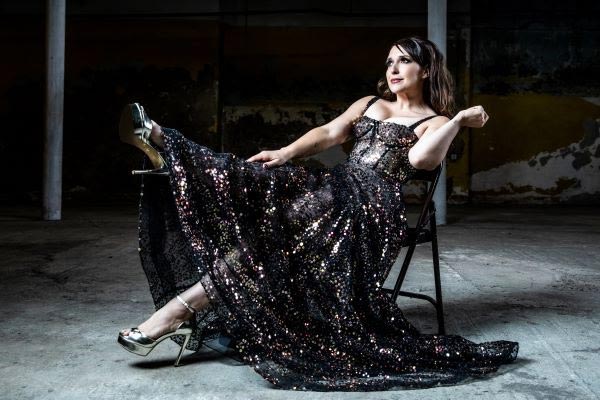 (HILLSIDE, NJ) -- On the heels of her Carnegie Hall debut in New York and and her upcoming appearance at London’s Cadogan Hall, Jessica Vosk is to perform on Saturday, March 19 at 7:30pm at Enlow Recital Hall (215 North Ave) in Hillside, NJ.

“One of the greatest joys in the past two years was to walk into Carnegie Hall for the sold-out performance of New Jersey’s own Jessica Vosk,” said Steve Cochran, Manager of Kean Stage. “Multiple standing ovations greeted her throughout the performance, and I knew then that we had to have her perform on our stage at Enlow Recital Hall. We are delighted that she accepted our offer, and can’t wait for her to entertain our audiences with her amazing vocals, vibrant personality and uncanny sense of humor.”

Jessica Vosk is a celebrated singer and actress known for stirring roles on the musical theater and concert stage. Vosk made her sold-out Carnegie Hall debut in November 2021 in a solo show titled “My Golden Age.” Other upcoming concert debuts include London’s Cadogan Hall in 2022. Before the infamous shutdown, she starred as the Narrator in the 50th anniversary of Joseph and the Amazing Technicolor Dreamcoat at Lincoln Center. She also created the role of Aunt Val in the world premiere of Becoming Nancy, directed and choreographed by Jerry Mitchell. Before that, Vosk finished an acclaimed run as Elphaba in Wicked on Broadway, having played the role for two years.

Vosk starred in New York City Ballet’s Jerome Robbins tribute Something to Dance About, directed by Warren Carlyle, and re-created the role of Fruma Sarah in the most recent Broadway revival of Fiddler on the Roof. Other Broadway credits include Finding Neverland and The Bridges of Madison County. She starred as Anita in West Side Story with the San Francisco Symphony; the recording of the concert was nominated for a Grammy. Her debut, Billboard-charting solo album Wild and Free was released in 2018 and was followed by 2020’s A Very Coco Christmas.

Kean Stage is committed to representing diversity, equity and inclusion in its programming, as well as creating an accessible theatre experience for all. Kean Stage will have ASL interpretation at the performance. Assisted listening devices are available upon request.

Per Kean University policy, all patrons, regardless of vaccination status, are required to wear a mask while indoors.