showing dance results from 1 to 10 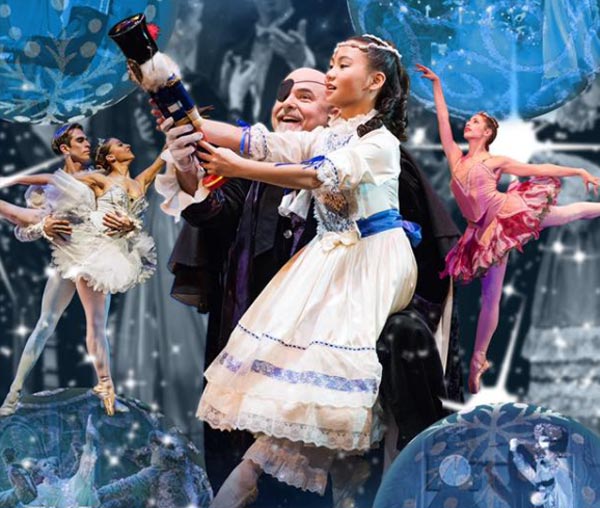 (EWING, NJ) -- Roxey Ballet will present Tchaikovsky's The Nutcracker on Saturday, November 27 and Sunday, November 28 at 3:00pm.  They are offering live performances at the Villa Victoria Theatre in Ewing as well as offering people the option to watch a livestream from home.

(ATLANTIC CITY, NJ) -- After 18 months of being shut down and only able to perform virtually, the Atlantic City Ballet is back with in person performances and celebrating their 39th season. Their main season will be held at The Circus Maximus Theater at Caesars hotel and casino. The season begins on October 29th with Dracula and continues till December with the holiday favorite, The Nutcracker.

Freestyle Love Supreme, the critically acclaimed improv troupe founded by Thomas Kail, Lin-Manuel Miranda and Anthony Veneziale and the recipient of a Special Tony Award, is continuing virtual classes with the popular FLS Academy, launched in 2018 and taught by FLS company members.

(NEW YORK, NY) -- Madison Square Garden Entertainment Corp. (MSG Entertainment) has announced that the Christmas Spectacular Starring the Radio City Rockettes, presented by Chase, is back this holiday season with performances at Radio City Music Hall from November 5, 2021 to January 2, 2022. The Christmas Spectacular – seen by more than 69 million people since it debuted in 1933 – is a one-of-a-kind tradition where the magic of Christmas in New York comes alive. The beloved show returns following a 2020 absence due to the pandemic, which marked the first time in 87 years the production was canceled. Tickets for the 2021 show are on sale now at rockettes.com/christmas.