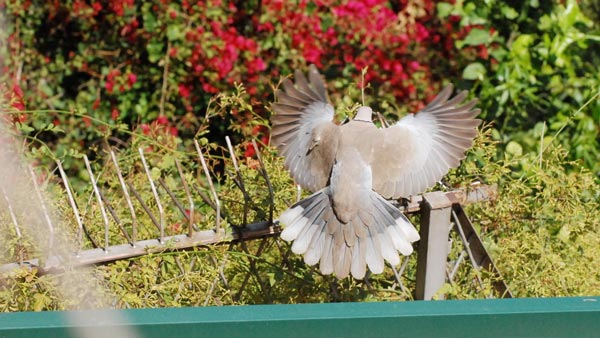 Battle - Hüseyin Mert Erverdi (Istanbul, Turkey) - In this experimental animation film, Shodo-Budo and abstract expressionism as well as eastern and western sensibilities of calligraphy and painting, are put to a Zen like dynamic visual dialogue to evoke a feeling of an inner battle. Battle also in a sense a salute to Stan Brakhage's final filmÂ Chinese Series, made during his own battle with cancer, by wetting a filmstrip with saliva and using his fingernail to scratch marks into the emulsion. Battle is about the daily struggle of being in the world. It is dedicated to all the silent and not so silent battles we fought. 2021; 3 min.

mise en abyme - Charly Santagado (Metuchen, New Jersey) - What happens when the muse of our daydreams is displaced by egoism parading as a deep exploration of identity? In mise en abyme, the 'artist' is consumed with herself and gradually neglects her muse. As the room around her becomes increasingly ornate, the artist is more and more consumed by her 'work', which is merely a simultaneously idealized and dumbed down projection of herself. All the while, the muse's frustration at the emptiness of the whole endeavor swells. 2021; 5 min.

Flux - Clea van der Grijn (Sligo, Ireland) - FLUX is about creating a space between now and then. Exploring the dynamismÂ of emptiness in a realm where time and space are altered. Past, present and future are considered in the gaps in-between, blurring the boundaries between fact and fiction.Â Expressing emotions, ideas and concepts through literal and abstract imagery, throughÂ the creative use of editing and sound design incorporating Irish Sean Nos song. Characters emphasize the fragile and emotional states of mankind, with prominenceÂ on dreamscapes and mindscapes. An oneiric land cinematically beautiful andÂ psychologically disturbing. A world that explores significant topics such as death,Â loss, love, isolation and mental-fragility. 2021; 17 min.

Home in the Air - Elena Vilallonga (Barcelona, Spain) - Home in the Air is a reflection both on our idea of home and caretaking, and on our passage through this patch of sky. Built like a nest, with the bare essentials, the film has a poetic dimension with its focus on the bird's and children's watchful observation and on a listening ear for their songs and flutterings. Home in the Air is not about aesthetics or anything premeditated, it's a natural prayer of the soul, an ode to animal and human behavior. The sharp eye of a bird and the children's voices off-camera give shape to this film which places itself somewhere between the Earthly and the Divine. In Spanish, subtitled. 21 min.