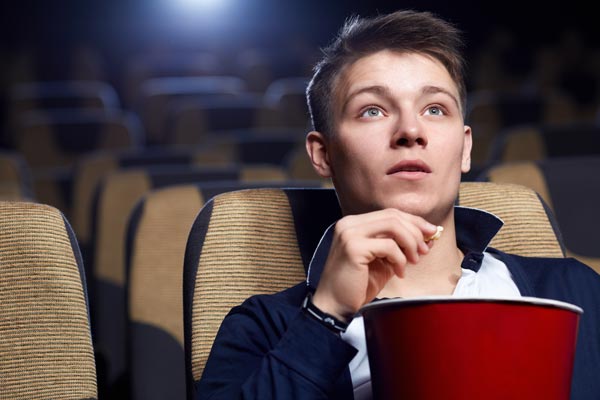 III. – Tim Dübbert (Mönchengladbach, Germany) - A long time ago a sailor received a letter with 9 rules. They guide him on his long journey back to his beloved. Entirely shot and animated on Super 8 film. 2021; 13 min.

When I die - Alan Griswold (Los Angeles, California) - Over the course of the pandemic and amidst the lockdowns, while digging through massive amounts of paperwork, media, and other detritus that had built up over the past few decades, several reels of black-and-white super 8 film were uncovered. Shot in St. Louis, MO, back in 1995 and lost in a move to Los Angeles two years later, they were the bones of a short film that never made it past an initial assembly cobbled together with a slap-dab film transfer that was nothing more than the reels projected on a wall and shot with a VHS camcorder. The pandemic – a forced time of reflection – was the perfect time to finally finish what was started. When I Die was always envisioned as a non-narrative eulogy of sorts set to The Magnetic Fields’ song “The Dreaming Moon.” As luck would have it, The Magnetic Fields very kindly allowed the song to be licensed, finally bringing this 26 year old project to a close. 2021; 9 min.

Foreign Ages - Sally Walker-Hudecki (Toronto, Canada) - Epistolary experiment in presenting fractured consciousness as a complex partial seizure (in which one stays awake but in an altered state) blurs life spontaneously. In dystopian, claustrophobic Toronto, “foreign ages” is a young woman’s quick clip at a life interrupted. super 8mm and digital action and music, synced through collages, capture the experience of recognizing oneself despite potent fear in active neurological events. This type of seizure can cause extreme déjà vu as well as jamais vu: inability to recognize what is familiar to you. The film depicts experiences of a seizure from the inside rather than the outside. 2021; 7 min.

Parenthesis - Vasilios Papaioannu - Parenthesis, a short impressionistic poem, liberates the inserted thought from its master. The film's mirrored beginning and ending render the inserted material, not as an explanation or afterthought but rather as the dominant point where the natural and civilized worlds claim their separate space before colliding, as the continual breathing of the sea becomes increasingly intense and urgent. Whatever may be going on in the outside world is kept at bay by the visual parentheses. 2021; 5 min.

Noösphere – Miles Sprietsma (Portland, Oregon) - A playful take on an outdated anthropocentric philosophy, Noösphere juxtaposes the beauty of a supplanted landscape against the inescapable detritus of a self-absorbed species. 2021; 5 min.

The guy on the bed – Mike Hoolboom (Toronto, Canada) - News from another pandemic, the one that ‘changed everything’ before it fell out of the news cycle and collective memory, except for the newly infected, or those who, like myself, managed a new life after death. Based on a text by David Wojnarowicz. 2021; 4 min.

My Parents Wanted Me To... – Cheryl Hess (Philadelphia, Pennsylvania) - In this micro documentary cabaret performer Dito van Reigersberg aka Martha Graham Cracker talks about his relationship with his parents and their reaction to his drag persona. 2021; 3 min.

Nostalgia’s Window – Charlotte Griffin (Irvine, California) - Body partakes in the stippled play of light and dark. Through the window of nostalgia, the dancer marks her memory of forgetting. Produced by director/choreographer/editor Charlotte Griffin with cinematographer Grant Speich, dancer/assistant editor Waeli Wang, and composer Milica Paranosic, this meditative imagery is also in development as a multi-screen installation and mixed media live performance. 2021; 16 min.