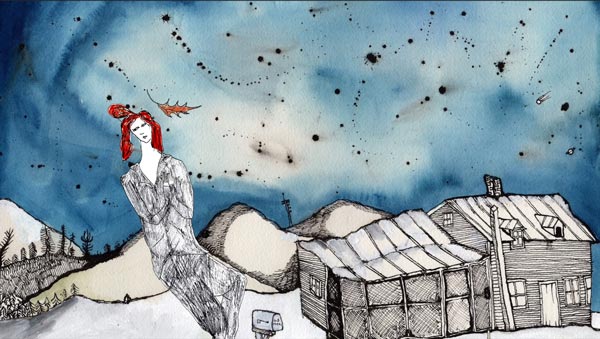 Available online for 24 hours from January 29th at midnight.

Ruth Stone was a promising young poet, living an idyllic life with her beloved husband, a poet and professor. When he died unexpectedly by suicide, Ruth was flung out into the world, destitute with three daughters to support. Though not well known outside of the poetry world, Ruth won accolades and awards, such the National Book Award for Poetry, the Wallace Stevens Award, the National Book Critics Circle Award, two Guggenheim Fellowships, the Delmore Schwartz Award, and she was a finalist for the 2009 Pulitzer Prize for Poetry, among many others. Beloved by many, Ruth’s house in Goshen, Vermont became a mecca for students, poets, friends and family members. There she inspired people to make art and write, not only through activities such as the “poetry game”, but by providing solace and nurture, surrounded by nature and camaraderie. After Ruth died, her granddaughter Bianca Stone and husband Ben Pease, began renovating Ruth’s house and turning it into a writer’s retreat. Their goal is to create an enduring legacy that will keep Ruth’s name alive and nurture a new generation of poets. 2021; 77 min. Co-sponsored by the Rutgers University Cinema Studies Program and Writer's House.