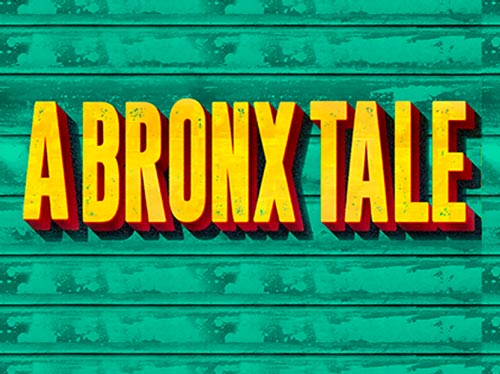 A Bronx Tale, based on Chazz Palminteri’s autobiographical play, is set in an Italian-American neighborhood in the racially charged 1960s. The film and Broadway original was directed by Robert De Niro. A Bronx Tale, with a Motown/early rock-inflected score by Alan Menken (Beauty and the Beast, Newsies, Little Shop of Horrors), is the captivating story of an Italian-American kid torn between following the working-class family values as instilled in him by his father and the compelling world of organized crime, introduced to him by the mob boss who becomes his father figure.

A Bronx Tale is being directed by Richard H. Blake, star of the original Broadway production as well as Jersey Boys, Rent, Wicked and Legally Blonde.

A Bronx Tale is produced by special arrangement with Broadway Licensing.