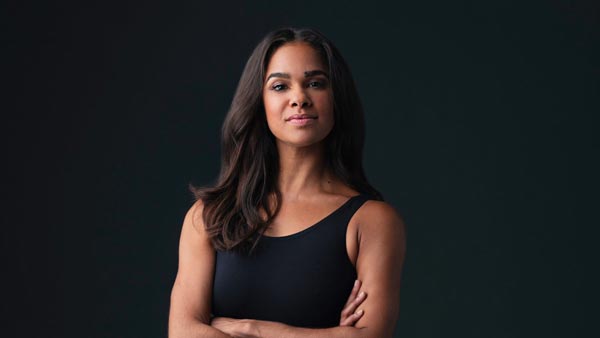 Misty Copeland, Principal Dancer for American Ballet Theatre,  joins us for a virtual speaking engagement as part of the Blauvelt Speaker Series.

Born in Kansas City, Missouri and raised in San Pedro, California, Misty Copeland began her ballet studies at the late age of thirteen. At fifteen, she won first place in the Music Center Spotlight Awards. She studied at the San Francisco Ballet School and American Ballet Theatre’s Summer Intensive on full scholarship and was declared ABT’s National Coca-Cola Scholar in 2000. Misty joined ABT’s Studio Company in September 2000, joined American Ballet Theatre as a member of the corps de ballet in April 2001, and in August 2007 became the company’s second African American female Soloist and the first in two decades. In August 2015, Misty was promoted to principal dancer, making her the first African American woman to ever be promoted to the position in the company’s 75-year history, and she made her Broadway debut in the role of “Ivy Smith/Miss Turnstiles” with the critically acclaimed show, On The Town.

In 2008, Misty was honored with the Leonore Annenberg Fellowship in the Arts, a two-year fellowship awarded to young artists who exhibit extraordinary talent providing them additional resources in order to attain their full potential.  Performing a variety of classical and contemporary roles, one of Misty’s most important roles was performing the title role in Firebird, created on her in 2012 with new choreography by much sought after choreographer Alexei Ratmansky. In December 2014, Misty debuted the lead role of “Clara” in American Ballet Theatre’s production of The Nutcracker, also choreographed by Alexei Ratmansky. In the fall of 2014, she made history as the first black woman to perform the lead role of “Odette/Odile” in American Ballet Theatre’s Swan Lake during the company’s inaugural tour to Australia. Misty reprised the role during ABT’s Metropolitan Opera House spring season in June 2015, as well as debuted as “Juliet” in Romeo & Juliet.  During ABT’s spring season in 2017, Misty debuted the lead roles in Giselle and Don Quixote as “Kitri,” as well as Miss Praline in Alexei Ratmansky’s critically acclaimed Whipped Cream. And in November 2017, she debuted the role of “Aurora” in The Sleeping Beauty with The Australian Ballet in Sydney.

Misty has been featured in numerous publications and television programs, including CBS Sunday Morning, 60 Minutes, The Today Show, This Week with George Stephanopoulos, MSNBC’s Melissa Harris Perry, Vogue, Essence, Ebony, and People Magazine. She was honored with an induction into the Boys & Girls Club National Hall of Fame in May 2012, received the “Breakthrough Award” from the Council of Urban Professionals in April 2012, awarded the Young, Gifted & Black honor at the 2013 Black Girls Rock! awards, received a Dance Magazine Award in 2014, named to the Time 100 List in 2015, and received the 2015 Glamour Magazine Women of the Year Award. In 2018, she was honored with the DVF Award for Inspiration by the Diller-von Furstenberg Family Foundation.

Her endorsements, past and present, include American Express, COACH, Seiko, Dannon Oikos, and Diet Dr. Pepper. In 2014, Under Armour announced Misty as one of the faces of their “I Will What I Want” campaign with a commercial that went viral, gaining over 10,000,000 views. She was named a brand ambassador of Estee Lauder for its Modern Muse perfume in 2017, for Naked Juice’s Health Bars in 2018, for Stuart Weitzman’s holiday campaign in 2019, and for LG Signature and Breitling in 2020.

Misty’s passion is giving back. She has worked with many charitable organizations and is dedicated to giving of her time to work with and mentor young girls and boys. Misty was named National Youth of the Year Ambassador for the Boys & Girls Clubs of America in June 2013. In 2014, President Obama appointed Misty to the President’s Council on Fitness, Sports, and Nutrition.  And in 2015, she traveled to Rwanda with MindLeaps to help launch its girls program and to establish The Misty Copeland Scholarship. Misty has been a Turnaround Arts Ambassador since 2016, representing the Gregory Jocko Jackson school in Brooklyn.

Misty is the author of the New York Times Bestselling memoir, Life in Motion, co-written with award-winning journalist and author Charisse Jones, published March 2014. She has a picture book titled Firebird in collaboration with award-winning illustrator and author Christopher Myers, published September 2014. In 2016, Mattel released a Firebird Barbie doll in Misty’s image, paying tribute to her groundbreaking performance in the role. Her book, Ballerina Body, an instant New York Times Bestseller, published in March 2017. In 2020, Misty celebrated the publication of her latest children’s book, the New York Times bestseller Bunheads, with illustrator Setor Fiadzigbey.

She received an honorary doctorate from the University of Hartford in November 2014 for her contributions to classical ballet and helping to diversify the art form.