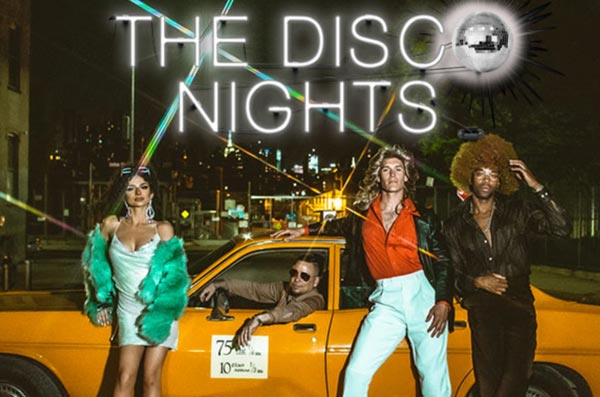 From the Producer of the “Back to The Eighties Show with Jessie’s Girl”, ML Presents brings you “The Disco Nights”.

The Disco Nights line up includes incredible vocalists Alessandra Guercio, Jerome Bell and Adam Bastien from “American Idol” and “The Voice”. Backed by one of the tightest bands and veterans of the New York City music scene. Our Musical Director and Billboard charting superstar JJ Sansaverino on guitar, Stanley Banks on the bass, Etienne Lytle and Patrick Firth on the keys, Damon DueWhite on the drums, and Danny Sadownick on Percussion.

JOIN US, as we take you on a musical adventure back into THE DISCO SCENE!