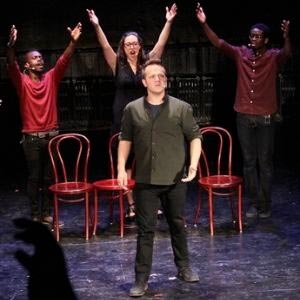 North Coast, New York City’s premier hip-hop improv team, has long been known for their seamless melding of freestyle rapping and long form improv comedy. But in the heat of Lin Manuel’s smash Broadway hit Hamilton, people have been going bonkers for historical raps. We hear you loud and clear.

Stand on the right side of history and buy your tickets today! Directed by Jody Shelton.

“I saw ANYBODY by North Coast and was f****** blown away. The whole cast were fearless and wickedly funny. They are independent producing improv Off-Broadway, where it belongs, and presenting one hell of a show in the process. Go see it while you can for a once-in-a-lifetime experience!”” — Philip Markle, Artistic Director of Brooklyn Comedy Collective