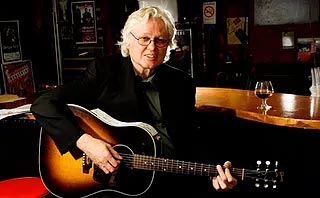 Songwriters Hall of Fame 2016 inductee Chip Taylor has been writing and performing for nearly 60 years and shows no sign of slowing down. The New York Times says it best, “If you only know him as the guy who wrote ‘Wild Thing’ and ‘Angel of the Morning” — you don’t know him! Chip Taylor is making some of the most distinctive acoustic music around today.”

Creating distinctive music that is also enduring and influential has been Chip Taylor’s métier over the course of what is closing in on five decades as “one of America’s finest songwriters as well as a masterful singer and performer,” says Rolling Stone. His two best-known songs are only some of the many pop, rock, country and R&B chart hits he wrote in the 1960s (Janis Joplin, Aretha Franklin, Dusty Springfield and Frank Sinatra all recorded his songs).  Taylor was then one of the pioneers of the pivotal country-rock movement as a recording artist in the 1970s.