JF Party Dragon Presents: Comedy for a Cause 16 with Tony Rock 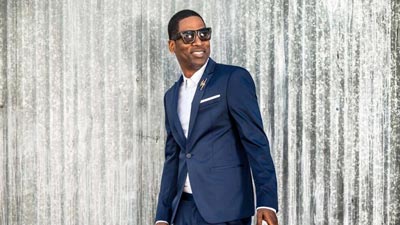 Comedian, Actor, Producer Tony Rock is the hardest working man in show business. Born in the same Brooklyn Hospital where most of his eight brothers and sisters arrived into the world, Tony was born laughing and it was quickly apparent that his big brother wasn’t going to be the only famous comedian in the family.

Tony has proven to be one of television’s best hosts having played the role of ringleader on HBO’s weekly stand-up comedy series All Def Comedy, NBA TV’s The Warm Up, along with BET’s Black Card Revoked and Apollo Live, all while co-starring in his first primetime network series – CBS’ Living Biblically.

​Performing stand-up comedy continues to be Tony’s first love and this year has proven no different.  You can see him on tour in 2018 as one of the featured acts on the Platinum Comedy Tour with Mike Epps, The Festival Of Laughs with Comedienne Sommore, and his own Tony Rock Live club tour!

Outside of the lights-camera-action, Tony works tirelessly as the founder of the MyROCK Diabetes Foundation, a charity organization established in honor of his late father.

JF Party Dragon Charity, Inc is a nonprofit that raises money for the community in various ways. One of those ways is with comedy shows. We have one about every 3 months and the money raised from ticket sales and anything related to the event go towards that month’s cause. We have since termed the event, “Comedy for a Cause”. While we usually do one event for one cause, with this “BIG” of a star we split the proceeds to benefit both our Food and Toy Drive in 2020.

JF Party Dragon Charity, Inc.’s mission is to build a better, bigger, more beautiful tomorrow for those less fortunate in our local community. By fundraising and making unique personal donations, we can help create new opportunities and make our community stronger, smarter, happier, and healthier.