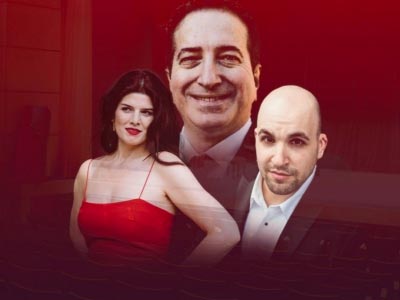 (in a partly-staged concert version)

Reception in the SOPAC Loft at 5:30PM for those who subscribe to both performances on the Seton Hall Classical Concert Series and to members of the Alberto Italian Studies Institute

Join us as we present the MidAtlantic Symphony Orchestra, soloists, and Seton Hall University Chamber Choir under the direction of Jason Tramm in this concert version of Giuseppe Verdi’s comic and dramatic masterpiece, La Traviata.

This event is co-sponsored by the Seton Hall Charles and Joan Alberto Italian Studies Institute and Classical Concert Series.

The Seton Hall University Arts Council supports the integral role of the arts in higher education and their universally recognized status as a hallmark of an educated and humane culture. The Council contributes to the cultural vitality of the campus and to the University’s role in the greater community by fostering and promoting the visual, literary and performing arts, enhancing communication and collaboration among its members.