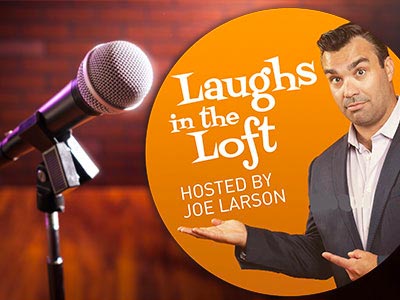 Join us for Laughs in the Loft, a monthly series featuring stand-up comics from our own backyard, Brooklyn and beyond. You never know who might drop in!

Each Laughs in the Loft event features several comedians in a New York City-style showcase. The talent is announced approximately two weeks prior to each show.