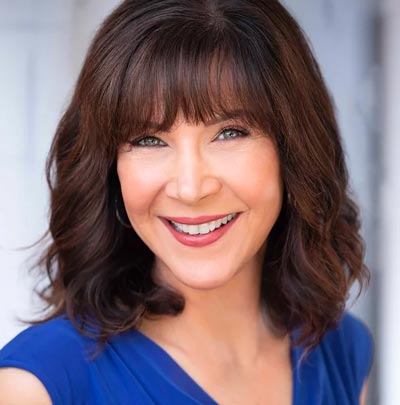 Somebody's Daughter is a one woman show based on Zara Phillips' book of the same title.

Adopted as a baby in the 1960's, becoming a backing vocalist to well known bands in the 80s, and getting sober at 22, Zara takes us on her journey to uncover the truth about her history. The story is told with humour and no-holds-barred honesty about the complexity of having four parents, becoming a mother, and learning to navigate it all.  Music by Richard Thompson/Songs by Zara Phillips.

Zara Phillips is a singer/songwriter /author and adoptee advocate. In the 1980's Zara sang with musicians such as Bob Geldof, Matt Bianco, and David Essex. She currently enjoys touring and singing harmony with Richard Thompson. Her latest album, Meditation & Kitkats (2021), was produced by Thompson.

Zara co-wrote "I'm Legit" with Darryl McDaniels from RUN-DMC to bring awareness to adoptees’ rights in the U.S. to obtain their original birth certificate. She has spent many years talking to members of the mental health profession and adopted families about the lifelong impact of being adopted. In 2015 she was given an Angels in Adoption® award in Washington D.C.

Roots: Unknown (2008), a documentary short examining the impact of adoption, was written and produced by Zara and won Best Homegrown at the NJ Film Festival. She has also penned Mother Me (2008) and Somebody's Daughter (2018). Zara's first one-woman show, Beneath My Father's Sky, won Best Direction at United Solo Festival in 2014.