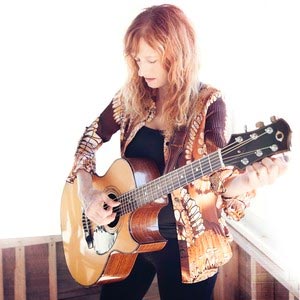 Bird in a Cage puts poems from ten notable poets to song, including US Poet Laureates William Carlos Williams, Stanley Kunitz, Kay Ryan, Robert Pinsky and Billy Collins, for a new and haunting collection that pulses with the magic of lyricism. Poems are made to be shared aloud, and with Bird, Patty takes up that tradition and sets it aglow: her extraordinary musical shadings make each poem a star.

Patty’s recent projects include Still Green, an album written in a dune shack on the Outer Banks of Cape Cod’s National Seashore, and 25, a retrospective album that includes the contributions of 25 friends, among them Grammy award winners Rosanne Cash, Suzanne Vega, Shawn Colvin, and Janis Ian, as well as acclaimed singer songwriters Bruce Cockburn, Mary Chapin Carpenter, and Greg Brown, among others. Patty was the Executive Producer of the groundbreaking La Guitara, a compilation of women guitarists actively changing preconceptions about gender and guitar heroes.

Her songs have been covered by various artists including Cher and Holly Cole and have been featured in television and film including Evolution (DreamWorks); Random Hearts (Columbia Pictures); Sliding Doors (Miramax); and Men in Trees. With 11 Boston Music Awards to her credit, Patty is also the recipient of an Honorary Doctorate of Music from Berklee College of Music and she has been honored by Boston Mayor Thomas Menino for her music and philanthropy.