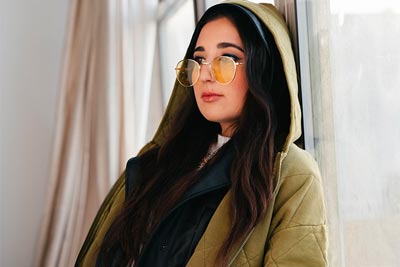 
Singer/songwriter Nahscha classifies herself as a mix between pop, soul and R&B. Nahscha believes that music is a universal language, and the best way to communicate to people.

Nahscha was raised in the Ultra Orthodox Jewish community of Monsey, New York. Nahscha, no longer religious, is the youngest of eight children. Music has always been a way of escape for her, especially during trying times in her childhood. She found herself singing songs from iconic artists like, Christina Aguilera, Alicia Keys and Amy Lee. Nahscha’s first public performance was at the age of 12 at her cousins Bar Mitzvah.

Nahscha is a classically trained vocalist with a Bachelors of Arts in Music from Coastal Carolina University.​

Nahscha is a singer and songwriter but she also plays piano and produces. While Nahscha can adapt to mostly any style, she would classify herself as a mix between Pop-Soul and R&B.

Nahscha believes that music is a universal language, and the best way to communicate to people. She also spends a lot of her time singing on the streets and subways of New York City, as a Busker. She has found that singing in public settings creates organic moments and makes people happy.

This event is presented as part of our free Arts in the Community series, generously supported by ADP. With our Arts in Community program we continue our commitment to providing creative arts programming to spaces outside of the Theater. We strive to be inclusive and to provide opportunities for local and emerging artist to perform, network and express themselves.