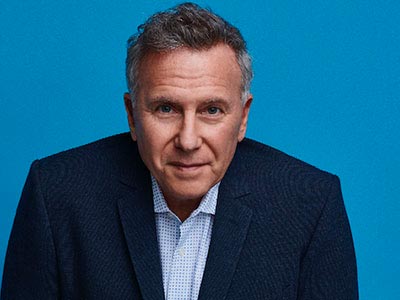 Comedian, actor and television writer Paul Reiser is one of Hollywood’s most prolific creatives. Reiser can currently be seen in Stranger Things and The Kominsky Method, for which he received an Emmy nomination for Outstanding Supporting Actor in a Comedy Series. The multi-faceted actor also recently revived one of his most iconic roles in the highly-anticipated return of Mad About You, the long-running hit 90s comedy he co-created and starred in with Helen Hunt.

Comedian, actor, television writer, author and musician Paul Reiser is one of Hollywood’s most prolific creatives—and he shows no signs of slowing down.

Reiser and his family reside in Los Angeles.

Vance exploded onto the scene in the early 90’s, with buzz spreading quickly. Who was this multicultural arts teacher knocking them dead at open mics? After opening Shawn Colvin’s 1992 Fat City tour, he took much of America by storm and by surprise. “With the voice of an angel, the wit of a devil, and the guitar playing of a god, it was enough to earn him that rarity: an encore for an opener,” wrote the Fort Worth Star-