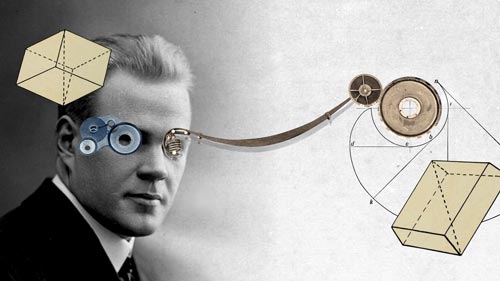 Online for 24 Hours starting at 12:00am and In Person at 5PM! Nine films in the package.

Once I passed – Martin Gerigk (Krefeld, Germany) - A lovely collage animation film based on Walt Whitman’s poem Once I Passed Through a Populous City which features the collage work of Serbian artist Nikola Gocić. 2022; 10 min.

Self Defense - Joni Whitworth and Sam Tam Ham (Portland, Oregon) - Self Defense is a short film documenting a poetic performance art piece. The piece explores my time navigating the world as a neurodivergent person. Neurodivergence refers to variations in the human mind — variations in sociability, learning, mood, sensory processing, and behavior. Many people are leaning towards the word "neurodivergent", and away from the word "autistic". I don't mind what term we use, so long as we can have a creative conversation about the label's implications. Against the violence and degradation of this year, marginalized creatives are tasked with generating an equal and opposite response. This piece is an attempt at such, knowing that queer and autistic writers have a lot to offer in terms of social and cultural feedback and constructive criticism. The work addresses several cultural issues, including how an autistic person can defend a Self moving through various categories of spaces and relationships. The words unfold as slowly, in juxtaposition to the most commonly known cultural narrative of autism, which is that of Rain Man or a weird or quirky man. Many other types of people are autistic; there are dozens of unexplored autistic elements, areas that may be not related to math or memorizing facts but details that are more generous, emotional, or sensual. 2021; 20 min.

A Cartoon of a Cat Sleeping – Randall Scott Christopher (San Diego, California) - A 7-minute animation comedy which unfolds entirely in one shot with no edits, cuts, or camera movements. As the story gets more and more chaotic, one big question looms: Will the cat ever wake up? 2021; 7 min.

Chiaroscuro – Asia Vo (Boston, Massachusetts) - Chiaroscuro is an immersive sound and video installation that follows an anonymous glowing figure as they traverse an empty, black and unknown plane. They move through a series of events, from witnessing strange shadows dancing across the void, to an exchange of fruit with a mystical body of water. The character's quest does not reach a point of fulfillment. Caught in an endless cycle, they find themselves with an empty bucket and nothing gained. Chiaroscuro investigates the relationship between the mind and the unknown. 2022; 7 min.

Love Forbids You…- Will Rittweger (Howell, New Jersey) - Film noir meets a dream. While searching for a missing girl, the Seeker encounters a labyrinth of desperation, desire, and awakening. 2022; 8 min.

Gruf and Me – Dovi Keich (Tel Aviv, Israel) - Gruf is a graffiti character that comes to life in animation. Gruf falls in love with the street artist who created him. He desperately tries to find her in the shabby streets of Tel Aviv and discovers that inter-dimensional love is not easy. 2021; 9 min.

Tundra - José Luis Aparicio (Madrid, Spain) - Walfrido Larduet, a lonely electrical inspector, dreams of the Red Woman, whose image persists and becomes an obsession. Something tells him she is near. Over the course of a day, Walfrido will follow her trail as he travels through the suburbs of an infested city. Individuals, like beasts, are made of fears and desires. Tundra is a film about these drives, about all the frustration that leads to paralysis. Sometimes, Cuba seems -- to Cuban director José Luis Aparicio -- like a stopped landscape: the desolate wasteland where nothing grows, where nothing ever happens. The country has taken on the physical aspect of our inner chaos, it stands as a vestigial, post-disaster region. Here the catastrophe occurred silently at some point in the past. What came after is outside of history, it is the inconsistent survival of ghost citizens. This film delves into the ghostly aspect of a Cuban's life, usually driven by inertia and automatism, a life full of mental obstacles, where frustrated desires become entrenched and do not allow us to move forward. For this, we have chosen the aesthetics and codes of fantasy cinema. In Spanish, subtitled. 2021; 3 min.

Unforgotten - Sujin Kim (Tempe, Arizona) - Unforgotten, an experimental animation, weaves together the testimonies of four South Korean women who were forced to become “comfort women,” the sex slaves of the Imperial Japanese Army during World War II. The film shines a light on the atrocious sexual violence that occurred around the world during this period, while employing metaphorical and fairytale-like visuals so as not to perpetuate violent imagery and revictimize the survivors in the film. In Korean, subtitled. 2021; 8 min.