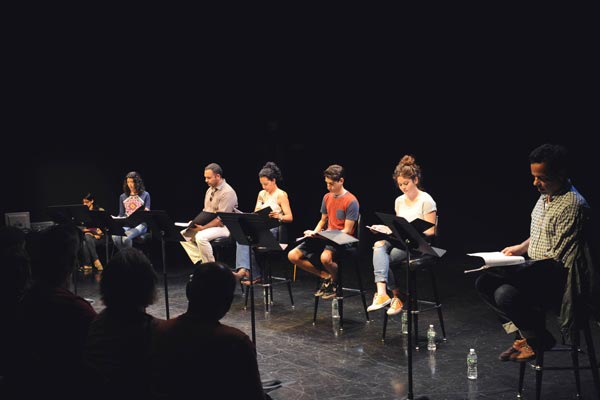 (RED BANK, NJ) -- Two River Theater Company presents Crossing Borders (Cruzando Fronteras) from August 4-7, 2022. This is an annual celebration of new plays by Latinx theater artists. Back in person for the first time in three years, this year’s festival is curated by José Zayas and features four new plays to be read in the Rechnitz Theater. Plays include Trilogy by Matt Barbot, A Skeptic and a Bruja by Rosa Fernandez, December by Marisela Treviño Orta, and The Play You Want by Bernardo Cubría.

The community kick-off event will be Wednesday, August 3 at 6:00pm at Johnny Jazz Park in Red Bank, with live music from local artists and delicious eats from neighborhood restaurants.

This year’s festival is curated by José Zayas. "This is a thrilling year for the festival. It is our first year back for in person performances and I'm so excited to share the work of these four playwrights with the Red Bank community. These plays are some of the most exciting stories I've encountered over the past year ranging from a lyrical intergenerational love story to a haunted house narrative to a sharp satire on the madness of identity politics in showbusiness.  As festival curator I aim to find storytellers who surprise me and this year is no different- all of these plays deal with characters who have complicated relationships with the past, they're about how we question what we've been told is right and how we navigate a world that wants to stay the same when we know things need to change. I love how different these stories are and how these playwrights continue to expand and challenge our perceptions of what it means to be Latinx," says Zayas.

Two River Theater has partnered with Project Write Now, a 501(c)(3) nonprofit in Red Bank, transforming individuals, organizations, and communities through writing. Through their Voices of Hope outreach program, PWN students will perform their own original work before every play in the Crossing Borders Festival. Voices of Hope is generously supported by the National Endowment for the Arts.

Crossing Borders Festival audiences are encouraged to participate in an interactive lobby display curated by coLAB Arts. coLAB Arts generates community-powered projects and seeks to create an art scene using new and established spaces. Its work takes place in community rooms, houses of worship, parking lots, schools, bars, and backyards. A “let’s get it done” work ethic and flair for mischief colors coLAB Arts’ aesthetic and an emphasis on community engagement and professional development defines its commitment to the arts.

Tickets are free and all plays run between 90 minutes and 2 hours.

Thursday, August 4 @ 7:00pm - Trilogy by Matt Barbot. The epic foundational fantasy series The Endurance Trilogy is finally getting the big-picture franchise film treatment, bringing together a group of friends to watch each one of the saga’s three installments over the years. But love of a story can be experienced in many ways, and questions of representation, inclusion, and interpretation bring the implications of fantasy escapism very much into reality. Written by Matt Barbot (El Coquí Espectacular and the Bottle of Doom), Trilogy asks what it means to be a fan and what it means to be a friend. Directed by José Zayas.

Friday, August 5 @ 7:00pm - A Skeptic and a Bruja by Rosa Fernandez. Maybe there’s nothing really ghostly going on, but the popular paranormal investigation YouTube series A Skeptic and Bruja will at least bring some publicity to this old BnB and its struggling owner. But as the phenomena pile up, is it all because of the building’s blood-curdling past? Or are more personal tragedies at work in this haunting? Directed by Cat Rodríguez.

Saturday, August 6 @ 3:00pm - December by Marisela Treviño Orta. Initially meeting as teacher and student, Carolina and Benjamin connect over a shared love of language and poetry. Reuniting over the span of twenty years, their discussions of art lead naturally to contemplations of life, relationships, regrets, and the undeniable pull of the connection between soulmates that cannot be denied. Directed by Lisa Rothe.

Sunday, August 7 @ 3:00pm - The Play You Want by Bernardo Cubría. Commercial success is knocking and the Public Theater is ready to take playwright Bernardo Cubría’s play “Nar-Cocos” straight to theater super-stardom. Only problem is, the whole thing started as a sarcastic sendup of the type of play he never actually wanted to write. Now he might just be able to secure a future for himself and his family, but only if he further exploits his own identity for public consumption. In The Play You Want, Cubría takes hilarious aim at the contemporary theater world with wit and bite, and no one is safe from his incisive observations. Directed by José Zayas.

CONCERT EVENT: Alea featuring Franco Pinna and Sinuhé Padilla on SATURDAY, AUGUST 6 at 8:00pm. With a welcoming sound that embraces cumbia, vallenato, rancheras, jazz and American pop, the singer-songwriter Alea moves her audiences with messages of the spirit, calls for social change and free-flowing love. Originally from La Guajira, Colombia, Alea’s performance encompasses an entire generation of ethno-futuristic and folkloric music accentuated by buttery vocals, deep-rooted grooves and uplifting guitar. Alea’s in-person performances are powerful encounters of the spirit, passionate travelogues that link downtown New York to a tropical Colombian cantina. They are celebrations of Latin America and new definitions of what “Latin Alternative” can be. Her most recent album, 2021’s Alborotá, was shortlisted as among the Best Latin Music of the year by both Rolling Stone and NPR.

The safety of Two River Theater patrons, staff and artists is their number one priority. As such, all guests, regardless of age or vaccination status, are required to wear masks while inside the theater building. Exceptions are only made for patrons eating and/or drinking in designated areas.

Providing proof of vaccination will be determined on a show by show basis.

Two River Theater will follow any forthcoming state mandates related to Covid-19. All requirements are subject to change, allowing us to best prioritize the safety of our audience members, artists, staff and community. 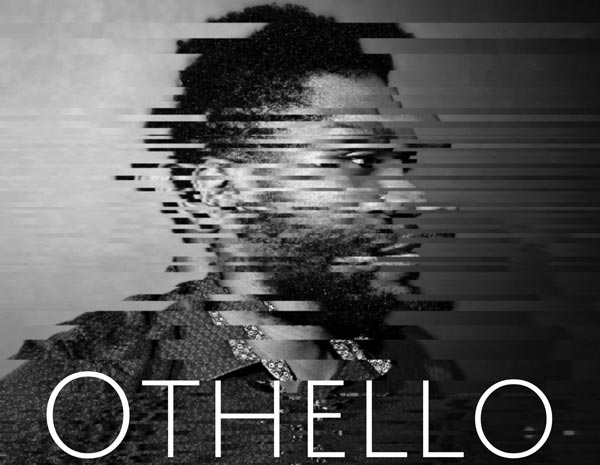