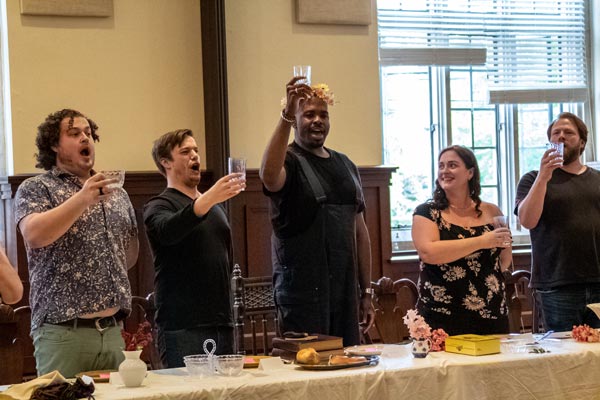 (PRINCETON, NJ) -- The Princeton Symphony Orchestra (PSO)’s full-length, fully staged production of Benjamin Britten’s comic opera Albert Herring takes center stage at the Princeton Festival Friday, June 17 and Sunday, June 19 at 7:00pm under the 10,000 square-foot performance tent on the grounds of Morven Museum & Garden. Edward T. Cone Music Director Rossen Milanov conducts the Princeton Symphony Orchestra and vocal artists from the US and Europe performing alongside cast members with ties to the Princeton community. The opera is sung in English with English titles.

Britten’s only comic opera, with libretto by Eric Crozier, is set in a small village in the English countryside. Village leaders choose Albert Herring to be May King when they can’t find a girl virtuous enough to be queen. Just one drink breaks repressed young Albert out of his shell, causing hilarious mayhem. The production is directed by Richard Gammon with scenic design by Julia Noulin-Mérat contributing a Victorian teashop vibe, and period costumes designed by 17-year Princeton Festival veteran Marie Miller.

Maestro Rossen Milanov says, “I am very excited to perform Albert Herring in such a perfect setting! I think this ridiculously funny production with an amazing cast is a perfect experience for both first-time opera goers and opera buffs.” 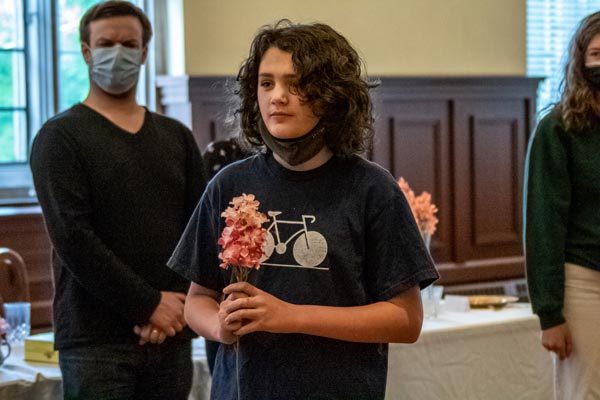 Among the cast members are Joshua Stewart (Albert Herring), a graduate of the Curtis Institute of Music now based in Europe, Ann Toomey (Lady Billows) a 2016 Metropolitan Opera National Council Auditions national semifinalist, Mariana Karpatova (Florence Pike) a native of Bulgaria who made her recital debut at Lincoln Center and has since performed with companies including the Metropolitan Opera and Michigan Opera Theatre, Sienna Grinwald-Alves (Cis) and Alexandra Thomas (Emmie), both students at Rider University’s Westminster Choir College, and Princeton resident Lewis Jacobson Wasden (Harry), who sings with the Princeton Boychoir, now part of Westrick Music Academy.

Before each performance, a talk is given by Dr. Timothy Urban titled “Under the Hood of Albert Herring” at 5:00pm at Morven’s Stockton Education Center. The talk is free and open to the public. For more information, click here.

Programs, artists, dates, and times are subject to change. 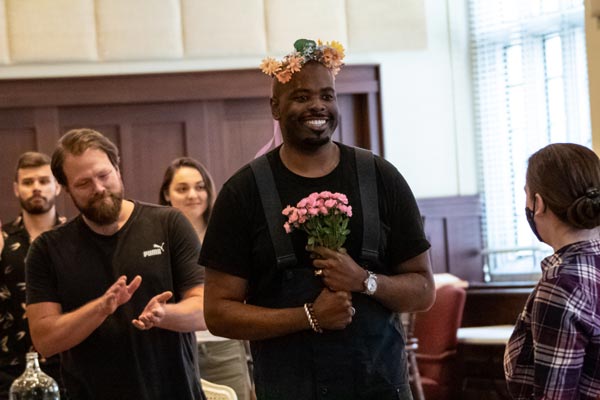