Old Library Theatre presents "It Shoulda Been You" 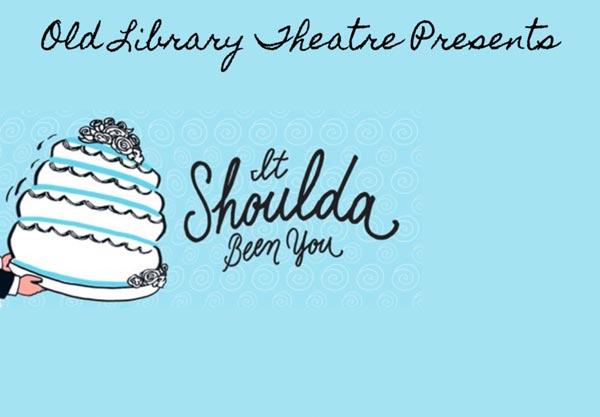 (FAIR LAWN, NJ) -- Old Library Theatre (OLT), Fair Lawn Recreation Department’s resident theatre company presents the Broadway musical, It Shoulda Been You, at the Fair Lawn Community Center. The show will be presented over two weekends, starting Friday July 29, and run through August 7th, with performances on Fridays and Saturdays at 8:00pm, and Sundays at 2:00pm.

It Shoulda Been You, written by Barbara Anselmi and Brian Hargrove, tells the story of two very different and comical families who have come together for a wedding ceremony. The theme of internal identities and external appearances, and the judgments that come from others, is central to the farcical musical. When it comes to wedding day insanity, it’s all relative. The culture clash of Rebecca’s Jewish family and Brian’s Catholic family takes center stage as the Bride, Groom, their families, and friends each bring their own modern spin to the traditional wedding comedy. The bride’s mother is controlling, and the groom’s mother just wants a steady flow of gin. When the bride’s ex-boyfriend shows up, chaos ensues, and it falls to the sister of the bride to turn a tangled mess into happily every after.

The production is directed by Armanda Cerqueira, produced by Dawn Cardona, with music direction by Joseph Christenson, Choreography by Eliah Furlong, costumes by Amy Kurfist, props by Anthony Bevilacqua, set design by Patt Tanner, and with Jeff Parsons serving as the Stage Manager.

Director Armanda Cerqueira said “This show asks the audience to question all the 'Shoulds" that we as a society have made standard. The entertainment industry has maintained that actors should be of a certain size and a certain age. Even as we move towards more body inclusivity- there are still limits to how fat lead characters can be, and younger actors are often cast to play much older. What this ultimately does is put fantastically talented folks in the background. I wanted to tell this story through a more relatable lens. It Shoulda Been You can be anyone's story and every body should be able to tell it.”

It Shoulda Been You stars Evan T Charpentier as the Bride’s sister and Co-Maid of Honor, Jenny; Nicholas Culver as the Bride’s ex-boyfriend, Marty; Melissa Broder and Robert Russell as the parents of the Bride; Danielle C Pennisi and Joshua Switala as the Bride and Groom; Annette Winter and Mark Dacey as the parents of the Groom; Melyssa Searcy and David Villa as the Co-Maid of Honor and Best Man; Joseph Pierone as the Wedding Coordinator; Michelle Ward and Matt Cavallo as Aunt Sheila and Uncle Morty; Sam Sz and Anthony Finke as Albert’s assistance; with Caitlin Greene, Amy Kurfist, Adam Mahonchak, and Nyasia Legra rounding out the hotel staff.

Tickets are available for purchase online. Tickets are $23 for Adults, $20 for Seniors. Old Library Theatre is located at 10-10 20th Street in Fair Lawn, New Jersey.