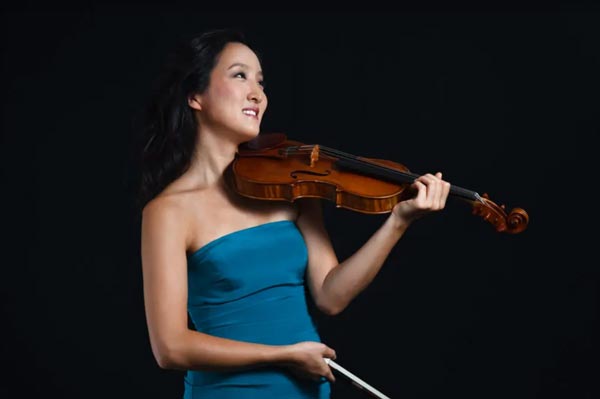 (OCEAN GROVE, NJ) -- The Ocean Grove Camp Meeting Association presents Solisti Ensemble on Thursday, July 21 at 7:30pm in the Great Auditorium. The String Ensemble is celebrating its 13th Anniversary Season with works by Mozart, Shostakovich, Carl Jenkins, Astor Piazzolla, Sarasate and G.F. Handel. This eleven-piece string ensemble has garnered a following in Ocean Grove, where it will be back by popular demand after successful performance over the past several summers.

Founded in 2008 by violinist Byung-Kook Kwak, the Solisti Ensemble is based in New York. The group consists of eleven active string soloists and chamber musicians dedicated reviving the traditions of small-ensemble chamber music. The ensemble is exceptional for its unique size of the ensemble and the individual virtuosity of each member.Solisti Ensemble performs not only classical chamber music, but also arrangements of pop, tango, and jazz.

Since its inception, the ensemble has given concerts around the Metropolitan Area, including regular appearances at Alice Tully Hall and Zankel Hall at Carnegie Hall. In January 2013, the ensemble made its debut at Carnegie Hall’s Stern Auditorium. In hopes of making a meaningful musical contribution to its community, both local and global, Solisti Ensemble envisions the enthusiastic revival of classical music in a way that is both culturally relevant and nostalgically reminiscent of an oft forgotten period of the art. Solisti Ensemble promises to bring a most fulfilling and fascinating musical experience to audiences everywhere.

The Great Auditorium is located at Pilgrim and Ocean Pathways in Ocean Grove, New Jersey. All facilities are handicapped accessible.  Tickets:  $17.00, $10 for students.   Tickets are available for purchase online or by calling 732-534-3462.

Byung-Kook Kwak enjoys a versatile career as a soloist, chamber musician, and educator.  At a recent performance, he was described by Anthony Tomassini of The New York Times as “A distinguished artist.”  “The violinist Byung-kook Kwak brought warm, penetrating sound and tasteful expressivity to Mendelssohn’s violin concerto.”

Byung has received critical acclaim for his performances with orchestras such as Baltimore Symphony, Atlanta Symphony, American Symphony, and the Los Angeles Chamber Symphony. In Europe, he has appeared as a soloist with Stuttgart Chamber Orchestra, Cologne Radio Orchestra, Bamberger Symphony, Rotterdam Philharmonic, and French National Orchestra.An active chamber musician, Mr. Kwak is a member of the Sea Cliff Chamber Players. He is also very active as a concertmaster and appears in that capacity with virtually every major symphony orchestra around the Metropolitan New York area. He has been the conductor of the Summit Music Festival Orchestra for the past five years, has conducted the Queens Symphony Orchestra, and the Manhattan School of Music Summer Festival Orchestra in the summer of 1999. He has also been active as a choral conductor for over twenty years. He has been an assistant to Aaron Rosand at Mannes College of Music for ten years, and he is currently a faculty member at Manhattan School of Music Pre-College, Lehman College, Queens College, Westchester Conservatory of Music, and chairman of strings at Jewish Academy of Fine Arts.