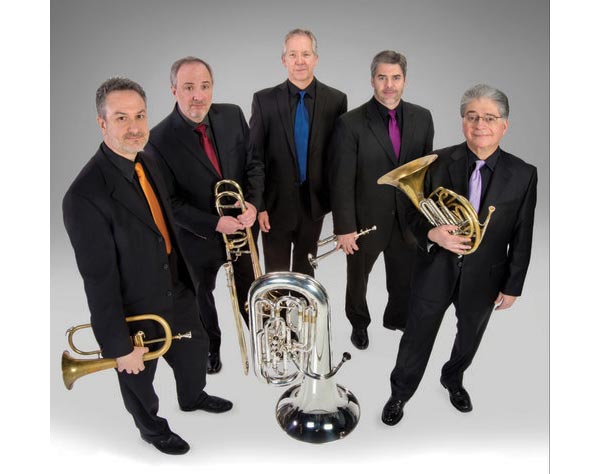 (OCEAN GROVE, NJ) -- Concluding its popular “Summer Stars” classical music series, the Ocean Grove Camp Meeting Association (OGCMA) will present Organist-in-Residence Gordon Turk and the Philadelphia Brass in a program entitled “Fanfare and Trumpetings” on Thursday, August 4 at 7:30pm at the Great Auditorium.  Tickets are $17.50 and can be ordered at www.oceangrove.org/stars.

Gordon Turk is a critically acclaimed concert organist whose “athletic performance brings lots of flair to the organ console” (Flint Journal). His playing is “a seamless integration of interpretation and virtuosity” (Newark Star Ledger), and “it is a moving experience to hear him” (New York Times). 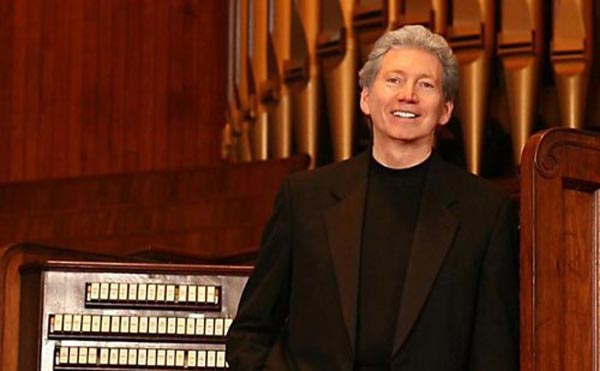 Dr. Turk has performed throughout the United States, Europe, Russia, Ukraine, and Japan. His concert tours, both in the USA and abroad have included solo recitals in concert halls, universities, cathedrals and churches, performances in organ festivals, and concerts with orchestras. He has been awarded competition prizes for performances of the music of J.S. Bach and was also a winner in the national improvisation competition of the American Guild of Organists. He has presented masterclasses for organ interpretation and improvisation in the United States and abroad.

Dr. Turk has been selected to perform the dedicatory recitals of many new organs, and was one of five national organists selected to perform in the opening concerts of the new organ in Philadelphia’s Verizon Hall-Kimmel Center. His collaborations with other musicians in chamber music concerts with organ, include principal instrumentalists of the New York Philharmonic, the Philadelphia Orchestra, and other distinguished musicians, including American folk singers Peter, Paul & Mary.

A graduate of the famed Curtis Institute of Music in Philadelphia, Dr. Turk is professor of organ at Rowan University in NJ, where he combines his enthusiasm for teaching and historical research with his passion for making music a living, communicating art. He is also Organist and Choirmaster of St. Mary’s Episcopal Church, Wayne, PA, where he directs professional and volunteer singers, presenting sacred music of many centuries in the context of liturgical worship.

Philadelphia Brass was formed in 1988 with a mission to perform the best of brass quintet literature from all periods and styles while educating the public to the pleasures, subtleties, and complexities of chamber music. Critics and public alike have enthusiastically praised their appealing diversity of repertoire, technical virtuosity, humorous and informative educational dialogue, and superb musicality.

Individually, the members of Philadelphia Brass have performed with the world’s top musical ensembles, including the Philadelphia Orchestra, the Metropolitan Opera Orchestra, the New York Philharmonic, the Chicago Symphony Orchestra, the St. Louis Symphony Orchestra and the Orchestre Symphonique de Montréal, among many others. The ensemble has toured extensively throughout the United States, the United Kingdom and has completed two well-received tours to Bolivia on behalf of the US State Department. They have premiered works by Daniel Pinkham, David Diamond, J.A.C. Redford, Robert Elkjer, Jack Gale, Dick Hyman and Paul Salerni.