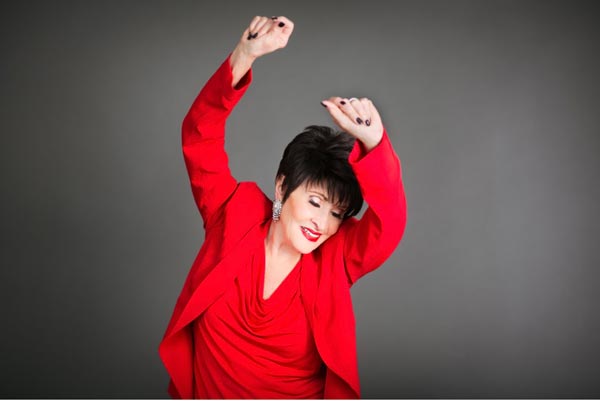 Rudetsky will host an intimate evening of hit songs and hilarious showbiz tales with the Broadway icon herself, Chita Rivera. The Tony Award-winning singer-dancer-actress-showstopper is best known for originating the roles of Anita in West Side Story, Rosie in Bye Bye Birdie opposite Dick Van Dyke, and Velma in Bob Fosse’s Chicago opposite Gwen Verdon. She won her first Tony Award for Kander and Ebb’s The Rink and her second for playing the title role in Kiss of the Spider Woman.

More recently, you’ve seen her in The Visit, The Mystery of Edwin Drood, Nine, Chita Rivera: The Dancer’s Life, and a memorable cameo in the musical film adaptation of Tick, Tick… Boom! Be in “the room where it happens” while Seth tickles the ivories and Chita performs many of her signature songs she originated on Broadway, like “America” and “All That Jazz”! You’ll feel like you’re in their living room as Seth gets Chita to reveal inside stories about her decades on Broadway working with the biggest names in the business.

This is a can’t-miss event for any Broadway fan.

The American Song series at NJPAC presented, in part, through the generous support of the Blanche and Irving Laurie Foundation, the David S. Steiner and Sylvia Steiner Charitable Trust, the Joan and Allen Bildner Family Fund, and the Smart Family Foundation/David S. Stone, Esq., Stone & Magnanini.

New Jersey Performing Arts Center (NJPAC), located at One Center Street in downtown Newark, N.J., is America’s most diverse performing arts center, and the artistic, cultural, educational and civic center of New Jersey – where great performances and events enhance and transform lives every day. NJPAC brings diverse communities together, providing access to all and showcasing the state’s and the world’s best artists while acting as a leading catalyst in the revitalization of its home city. Through its extensive Arts Education programs, which have reached almost 2 million children, NJPAC is shaping the next generation of artists and arts enthusiasts. NJPAC has attracted more than 10 million visitors since opening its doors in 1997, and nurtures meaningful and lasting relationships with each of its constituents