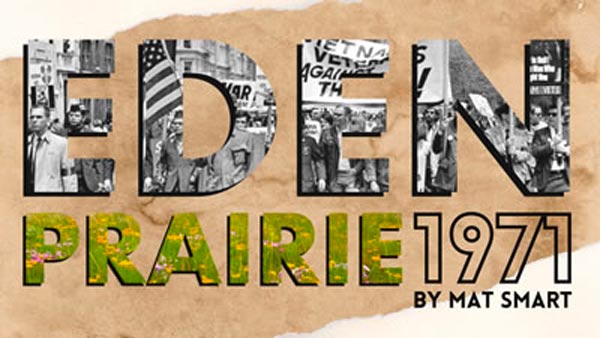 The man risks arrest to deliver an important message to his childhood friend, Rachel. Both are caught between duty to the ones they love and their own futures. In a moment of national tension that mirrors our own, the young man must defend his choices and grapple with the sacrifices he has made. Mat Smart's stark, passionate drama skillfully questions our notions of bravery and responsibility.

Due to the adult nature of the play no one under 16 will be admitted. 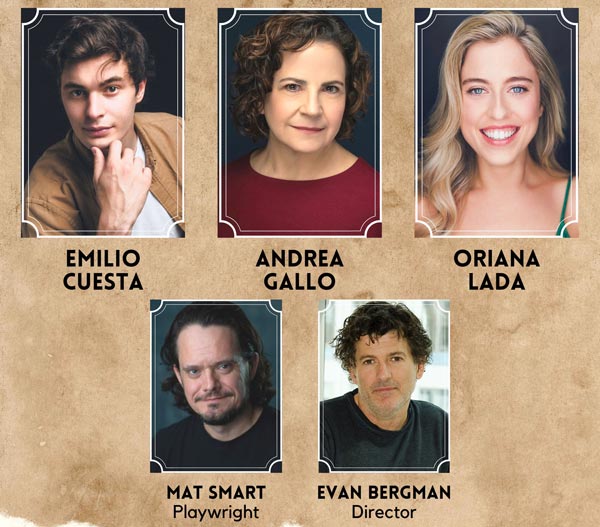 New Jersey Repertory Company is located at 179 Broadway in Long Branch, New Jersey. The company was founded in 1997 by SuzAnne and Gabor Barabas. Its current central headquarters is the Lumia Theater located on lower Broadway in Long Branch. The theater's mission is to develop and produce new plays and to make a lasting contribution to the American Stage. Over two decades NJ Rep has produced 140 plays of which 125 have been world premieres. The theater has the additional distinction of having had many of its plays produced by other theaters around the country totaling over 200 subsequent productions in the U.S. and overseas. In 2012 and 2018 NJ Rep was the recipient of a National Theater Company Grant from the American Theater Wing that sponsors the annual Tony Awards for Broadway in recognition of its contribution to the repertoire of the American Stage. Only seven theaters have had this distinction. In addition, the theater has presented over 400 developmental readings as well as introduced 136 new works through its Theatre Brut Short-Play Festivals that focus on visionary and avant-garde works. In May 2016, NJ Rep acquired a new property, a 28,000 square foot school situated on 2 ½ acres and located just five minutes from its Main Stage Lumia Theater and two blocks from the Jersey Shore. The theater plans on gradually transforming the school in stages into a cultural center that will house additional performance spaces, an art cinema, an art museum, a rooftop café, an arts education wing, and residences for out-of-town actors and playwrights. When completed, the center will present a wide array of programs in acting, playwriting, art, sculpture, poetry, music, and photography and will serve as a catalyst for economic development and as the foundation for the cultural renaissance of the community.

Oriana Lada, who was born and raised in Minnesota, is thrilled to be back at NJ Rep after workshopping Eden Prairie, 1971 here last year. She is an actress and singer based in New York City. You can currently spot her in Hardee's and Carl's Jr. commercials running nationwide. She is also the co-host of Verizon Media's ADD TO CART. NYC: Summer Valley Fair (New York Musical Festival). Regional: A Christmas Carol (Trinity Repertory Company). Film: Lolita Express (Houselight). Education: BFA, University of Evansville; MFA, Brown/Trinity Rep.

Emilio Cuesta is a New York-based actor and musician. He can be seen in primetime television series, including Showtime's Homeland and City on a Hill, as well as Dopesick on Hulu. Other credits include American Assassin and the independent feature, From Nowhere. Prior to the Covid pandemic, he was cast as the lead in Greg Kotis's (Tony-award winning writer for Urinetown) off-Broadway show I am Nobody. He trained at the William Esper Studio and The Beverly Hills Playhouse Club. Emilio is also director for film and television, being recently admitted to the DGA after doing second unit work for the upcoming FOX series, Accused. Aside from acting and directing, Emilio helms the live rock band QUESTA. He has released several singles, and his first single "Feedin'' was bought by M. Night Shyamalan to be used in the Apple TV series, Servant. The band has and continues to perform around Manhattan's underground music scene at establishments such as the Cutting Room, Arlenes Grocery, Rockwood Music Hall, and many more.

Mat Smart (Playwright) has written 25 full-length plays that have been produced around the country and he currently has several television and film projects in development. The Agitators, his play about the true, untold friendship between Susan B. Anthony and Frederick Douglass, has been produced at 20 different theatres from Maine to Seattle. He recently adapted The Agitators into a podcast hosted by Ashley C. Ford and produced by PRX, the National Park Service, and the Women’s Suffrage Centennial Commission. Select plays include: Kill Local (La Jolla Playhouse, nominated for Outstanding New Play by the San Diego Theatre Critics Circle; recently translated into Korean and produced in Seoul), The Royal Society of Antarctica (Gift Theatre, recipient of the 2015 Jeff Award for Best New Work in Chicago), Samuel J. and K. (Williamstown Theatre Festival; Steppenwolf for Young Adults), and Tinker to Evers to Chance (Geva; Merrimack Rep). An avid traveler and baseball fan, Mat has been to all of the states, all of the continents, and all of the current MLB stadiums. A native of Naperville, Illinois, he currently lives in Brooklyn. Undergrad: University of Evansville. MFA: UCSD.

Evan Bergman (Director) has directed over 15 productions for New Jersey Rep, many of them world premieres. He is extremely proud of the body of work and the theater's ability to identify a wide range of talented playwrights deserving to have their plays produced. He has also directed world premieres at many other theaters including Ensemble Studio Theater, The Duke, Daryl Roth, Barrington Stage, Jane Street, Playwrights Horizon, Arclight, The Tiffany and 59E59. His film work includes the recent short film Day Zero which premiered at the Toronto Film Festival and was called ”A cautionary tale, perfectly realized” by Oscar award winning Director James Ivory. Dig A Hole, Find A Finger, Palm Springs and Newport Beach International Film Festivals and his Documentary for Warner Music Group featuring Roger Daltry (The Who), Philip Bailey (Earth Wind and Fire). Currently he is in pre-production for a new Feature film he wrote about the life of Oyster Farmers called Life on the Flats which starts principle filming in the spring of 2023.