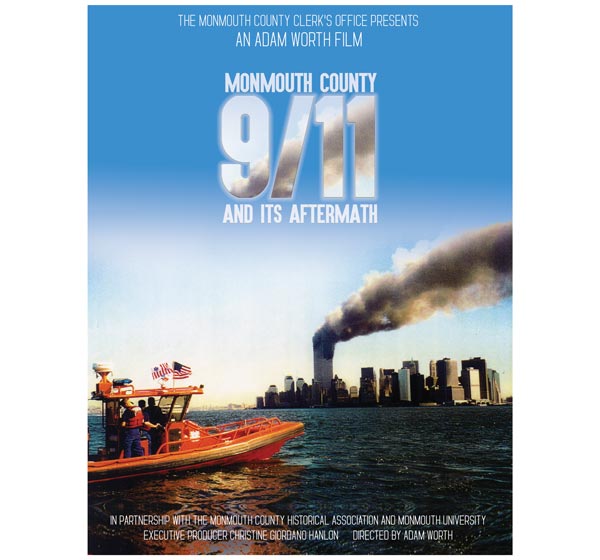 “It is a true honor to have the Monmouth County, 9/11, and Its Aftermath film featured at the prestigious Garden State Film Festival (GSFF), and I thank Diane Raver, GSFF Founder and Lauren Concar Sheehy, GSFF Executive Director for this opportunity,” said Clerk Hanlon. “I look forward to hosting a segment of the festival on Friday and am excited to introduce the films relating to our local communities.”

The Monmouth County, 9/11, and Its Aftermath film was produced as a companion to the Monmouth County Historical Association’s (MCHA) exhibit last year by the same name, which commemorated the 20th anniversary of the September 11, 2001 terrorist attacks and honored the 147 residents lost on that tragic day.

The film currently lives in the public domain and showcases Monmouth County’s heroism and strength on and after the tragedy’s aftermath, as the community joined together to mourn, heal and serve the nation.

The film will be shown during the Garden State Film Festival segment hosted by Clerk Hanlon on March 26 from 11:45am to 2:00pm in the Continental Room of the Berkley Hotel in Asbury Park.

For more information about the Garden State Film Festival (GSFF) which runs from March 23 to March 27, and for ticket information, please visit gsff.org.