McDonald's Gospelfest returns to Prudential Center on May 13th 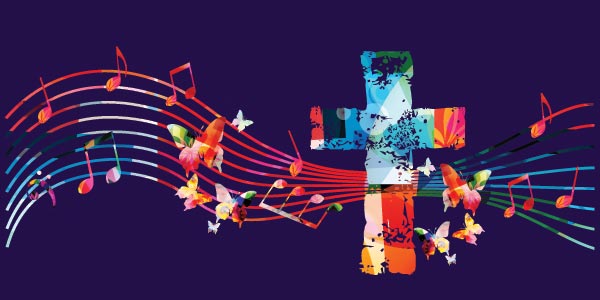 (NEWARK, NJ) -- The Annual McDonald's Gospelfest returns to Prudential Center on Mother's Day Weekend Saturday, May 13, 2023, for the biggest and best gospel event of the year. This year's event will celebrate the 40th Year Anniversary of McDonald's Gospelfest. Live performances to help celebrate the anniversary are Hezekiah Walker and Love Fellowship Choir, the Legendary Clark Sisters and so many more!

In addition, there will be a Mother of the Year Award, where the show will be honoring two local Mothers. Additional details to follow at a later date.

With 15 albums and two Grammy Awards under his belt, the traditional sound and energetic style of his Love Fellowship Choir has influenced a generation of dynamic singers and ensembles - including Gospel star Kirk Franklin who credits Walker for inspiring his approach to the genre. He recently launched HezHouse Entertainment, a recording imprint distributed by RCA Inspiration, specifically to ensure there is a current, continuous platform for people to experience great Gospel music.

In addition to being a celebrated Gospel artist and now record label executive, Walker is senior pastor of Love Fellowship Tabernacle, with locations in Brooklyn, New York and Bensalem, PA and Presiding Bishop of the Pentecostal Churches of Jesus Christ, through which he oversees 28 churches in the U.S. and South Africa.

The Brooklyn native is a dedicated New Yorker and a seminal fixture in his home borough. He will break ground soon on HezHouse Apartments, an affordable and supportive housing development by Hezekiah Walker & Love Fellowship Tabernacle, Brooklyn Community Housing & Services, and Alembic Community Development. Walker is also host of the “The Hezekiah Walker Gospel Countdown” and the Hezekiah Walker Afternoon Praise Show syndicated by AURN.

Most recently Walker announced a collaboration with the historical black college Virginia Union University to establish the Hezekiah Walker Center for Gospel Music. It will be the first such center in the country.

Their biggest hits include "Is My Living in Vain", "Praise the Lord (Hallelujah)", "I Can Do All Things Through Christ That Strengthens Me", "A Praying Spirit", "Nothing to Lose, All to Gain", "Endow Me", "Jesus Is a Love Song", "Ha-Ya (Eternal Life)", "Pure Gold", "Expect Your Miracle", and their biggest, mainstream crossover hit, "You Brought the Sunshine".

As a group, the Clark Sisters have won three Grammy Awards and are the highest-selling female gospel group in history. In 2020, it was announced that the Clark Sisters would be honored with the James Cleveland Lifetime Achievement Award at the 35th Annual Stellar Awards. In 2022, the group was inducted into the Black Music & Entertainment Walk of Fame.

On November 11, 2018, it was reported that The Clark Sisters would have a television biopic, The Clark Sisters: First Ladies of Gospel. The film aired on Lifetime on April 11, 2020, and netted a viewership of 2.7 million, giving the network its highest rated original movie in four years. The film was executive produced by Queen Latifah, Missy Elliott, and Mary J. Blige, The movie was directed by Christine Swanson, the story was by Camille Tucker, with a teleplay by Sylvia L. Jones and Camille Tucker.

More importantly, the Clark Sisters have made it their lifestyle to represent the living God in everything that they do. They live to be loving and kind to any and everyone they come in contact with, and their reputation speaks.f itself.

Producer, Director A. Curtis Farrow - 2023 marks the 25th year Mr. Farrow has joined with McDonald’s to bring this phenomenal celebration to life. He has received three Emmy awards for producing and directing McDonald’s Gospelfest 2000, 2001 and most recently in 2021, along with fourteen nominations in 2003, 2004, 2005, 2006, 2007, 2008, 2011, 2012, 2013, 2014, 2016, 2017, 2018, 2019. In February of 2014, Mr. Farrow fulfilled a longtime dream by organizing and leading 1171 voices to break the Guinness World Record for World's Largest Gospel Choir. He has since produced a 2000 voice choir at Madison Square Garden and a 5000voice choir for at the Nassau Coliseum. he was responsible for the organization, planning and execution of the home going services for the Late Whitney Houston, and he produced the homegoing services for the Late Aretha Franklin which was seen around the world. Mr. Farrow credits everything in his life to his strong belief in God.

McDonald’s Gospelfest originated in 1983 under the auspices of the McDonald’s Corporation and the McDonald’s New York Metro Owner/Operator Association. Forty years later, it has emerged as the nation’s preeminent Gospel celebration, bringing joy, inspiration, encouragement and hope to millions of Americans. Previous McDonald’s Gospelfest participants have gone on to successful careers in entertainment, including the renowned Bishop Hezekiah Walker.

McDonald’s serves a variety of menu options made with quality ingredients to nearly 25 million customers every day. Ninety-five percent of McDonald’s 14,000 U.S. restaurants are independently owned and operated by businessmen and women. There are more than 560 McDonald’s restaurants, owned by 65 franchisees, located throughout the New York, New Jersey and Connecticut Tri-State area.

Prudential Center is located at 25 Lafayette Street, Newark, New Jersey.  It is the world-class sports and entertainment venue located in downtown Newark, New Jersey. Opened in October 2007, the state-of-the-art arena is the home of the National Hockey League’s (NHL) three-time Stanley Cup Champion New Jersey Devils, Seton Hall University’s NCAA Division I Men’s Basketball program, and more than 175 concerts, family shows and special events each year. The arena is also home to the GRAMMY Museum Experience Prudential Center, which opened its doors to the public in October 2017. The 8,200-square-foot experience marks the first GRAMMY Museum outpost on the East Coast and features a dynamic combination of educational programming and interactive permanent and traveling exhibits, including a spotlight on legendary GRAMMY winners from New Jersey. Ranked in the Top 5 worldwide by Pollstar and Top 10 by billboard, Prudential Center is recognized as one of the premier venues in the United States, and hosts over 2 million guests annually.