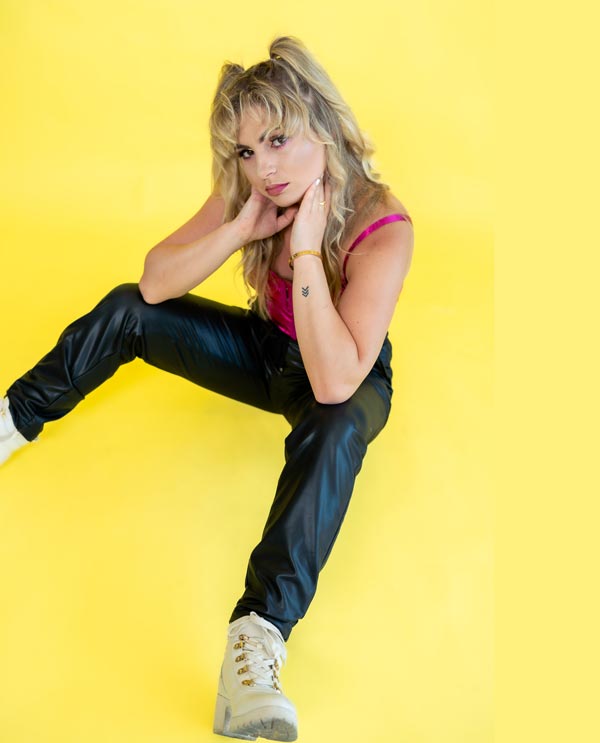 Jersey Shore-raised songstress Taylor Tote has dropped a telling new single, “I Like U But …,” once again produced and co-written by Russell Hayden with a video by Kris Khunchak dropping soon. PHOTO BY AJ TOLENTINO

Makin Waves 2021 Female Artist of the Year Taylor Tote took some time to chat about her extremely personal new single, “I Like U But …” The infectious, yet heartbreaking tune examines Taylor’s love life in a way that’s as poignant as it is tongue-in-cheek.

Musically undaunted, Taylor continues to fly high career wise with the help of frequent producer/co-writer Russell Hayden; sought-after videographer Kris Khunchak, whose clip for “I Like U But … “ will drop soon, and sidemen Tom Briant on guitar and Michael Squillace with whom she will play several upcoming shows she mentions below.

For more about Taylor, visit www.taylortote.com and, of course, read the following interview.

The new single is available on Spotify and Apple Music.

What inspired your new single, ‘I Like U But …’?

I wrote this song over a year ago now after being dumped by another guy who liked me ‘too much’ and ‘wasn't ready.’ I had dated a few people last year, all of which I thought were going to turn into long-term serious relationships. I didn't think that because of me but because of them. They were very into the idea of having a future together, all were very vocal about it which, of course, my feelings were reciprocated. But always out of left field right before it could get serious came bizarre excuses like, ‘You're the kind of girl I would date and then marry but I'm not ready to get married,’ or ‘I might have to leave the country soon and I'm falling in love with you so this will hurt less if we end it now,’ or ‘I just got out of a relationship, and I didn't think I would fall for you as hard as I did.’ I kept being told how amazing I was or the classic, ‘It's not you, it's me.’ It was all very confusing to me and kept happening over and over again.  After I was dumped again with the same things I heard before, I went to my producer's house and wrote this song in one day. I loved this song so much and wanted to release it immediately, but I knew it was special and I knew I had to be patient. Even still to this day, I get uncomfortable and anxious about this song because where it stems from for me. It's very personal and came from a deep place of heartbreak. But I know it's a really special song and I believe in it.

How often are you asked, ‘When are you going to get married,’ and what is your response?

Honestly, a fair amount. A lot of my friends I grew up with are engaged or already married, some with kids on the way. Growing up, I always saw myself getting married young and being a young mom. Now, especially within the last year, I am completely content being single. I'm not lonely by any means. I have my amazing friends, a solid family, and my solitude. I'm very focused on my music and career and my growth as a person. The love I have for myself is immense.

Would I love a relationship and a marriage? Absolutely. But I am completely fine being single until I find someone who comes in and proves why I should choose them over my solitude. I'm not settling for anything less than what I want, and I'm okay on my own until someone measures up.

Which is more important to you: music or romance and why?

My music. That could change in a few years but right now, my music is most important to me. It's a part of me and who I am. The more I grow, the more my music does and vice versa. My music and I work the same way. And anyone who loves me and chooses me one day will be in full support of that too.

Did you collaborate with anyone on ‘I Like U But …’?

Of course! Russell Hayden, my producer, has been my biggest collaborator the past year and a half. We get work done really quickly. I came in with the idea and it just poured out of us. We did everything together from scratch. We worked on the beat together, the lyrics, everything. It was done in 24 hours. We re-recorded some vocals a few months later but the song has been done for a while now.

Can you provide any details about the forthcoming video for the song, such as who directed it, what you enjoyed most about the production, the release date, and anything else you can share?

Again, just like the song, this has been a long time coming! I had a lot of different concepts for the video, one of which I was very tied to and had a hard time letting go of. It was also hard to record the video and put myself back in that headspace I was in last year when it was all happening. But the video is still so amazing, and I can't wait for everyone to see it. This is definitely the biggest video project I've worked on. There is a full cast, crew, and multiple locations involved.

Here's what I can tell you so far! I worked with the amazing Kris Khunchak on this project who has worked with everyone under the sun. His work is not only incredible but such an amazing person to work with. My ideas kept changing, locations, storylines, people kept changing. It was constantly moving, but he was patient and saw the vision long term, and I absolutely loved working with him. I can see very much why everyone wants to work with him, and I would highly recommend him to anyone. He is topnotch, next level.

The guys of the band Marigold were so kind to lend us access to their rooftop in Jersey City, and Tom Lakiszak was also awesome for allowing us to use Red Tank Brewery in Red Bank. We also filmed in a friend of mine's apartment in Belmar, and in Central Park in NYC up near where I currently live. The cast included Guy Battaglia, Sam Pellisero, Chris-Oz Salvatierra, Carlos Morrow, Danielle Halim, Dana Wass, Ashley Tote, Amanda Tote with small appearances from Russell Hayden, Tom Lakisak, and Kris Khunachak. 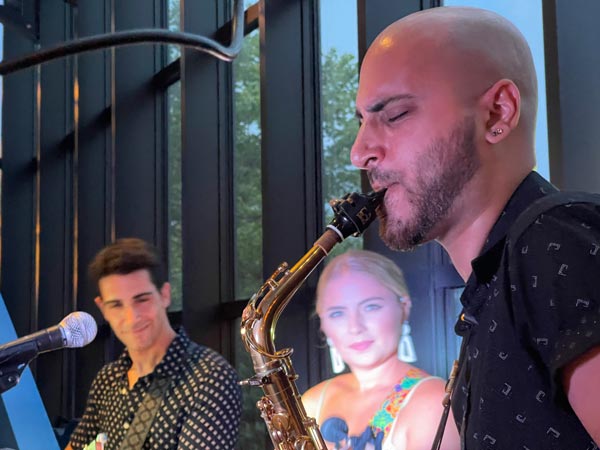 Who’s in your band these days, and what do you enjoy most about performing with them?

I regularly play with Tom Briant on guitar and Michael Squillace on saxophone. I've been playing with these guys for a long time so I definitely trust their abilities and ideas very much. The more we play together, the better we get. We're working on a full band set up, which you can catch in the Asbury Park and NYC areas very soon!

When and where will you be performing through early fall?

Are you still performing with Remember Jones? If so, when and where will you perform with him next?

Yes! I'm no longer a part of the original Remember Jones tour, but I have recently joined Remember Jones during the Back to Back to Black shows as well as the Bat Out of Hell shows. I will definitely be performing with them again soon and I can't wait. Once confirmed, all dates with Remember Jones will be on my website calendar!